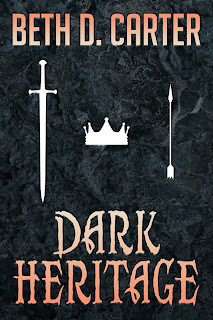 The first “novel” I ever wrote was back in the late eighties and I hand wrote a story in a spiral bound school notebook.  It was a historical love story about a woman named Amanda whose mother owned a whorehouse and would soon force her to work there too.  Amanda meets the handsome hero and the two fall in love, forcing Amanda to choose between the man of her dreams and the mother who worked as a whore to pay for Amanda’s education.

I don’t remember what I’d named it and obviously there were some plot holes but the sweeping Zebra romances of the time were a big influence on what I was writing.  Out of embarrassment because of the “racy” theme, I ended up throwing it away, something I still regret to this day.

Two decades later, even though I had had many story ideas and story starts, I was still struggling with completing what I wrote.  I had already fleshed out my book An Innocent Heart (except at this point in time it was a Vampire story) when I went to the movies and saw Lord of the Rings: The Fellowship of the Ring.  I was in love.  I’d always been drawn to epic adventures and this was the grandest of them all.  Immediately I began trying to conceive of my own epic adventure and began working on Aria’s story.  The world of Asgeirr was slow in building and for two years it changed a lot.

Over two years I struggled with this story, although the foundation had always remained the same.  It was a fantasy take on Pandora’s Box, except this time, hope was alive in a child.  To guard it against the forces of evil, innocence could hide it, protect it, although the downside was that the child could only live to age sixteen.  Then the child dies and hope is reborn inside the next vessel.

I had of why’s, how’s, what’s and when’s to get through.  And it wasn’t until I was living in Baton Rouge that I finally finished it.  Yet as I was finishing this monster of a story, I was finding success in another genre of erotica romance.  So Dark Heritage has lingered in my document files for a long, long time.

Now, I’ve finally managed to get it out there, although I decided to go the Indy route and use Smashwords.  I haven’t totally figured out their “premiere” uploading due to wrong formatting, but oh well.  My lovely boyfriend Brian made me cover and it makes me happy that my story has finally found the light of day.

On the world of Asgeirr, hope is legend born from the war between the gods. In order to hide it from the evil god Kiradon, his brother Baldric places it in the body of a child where innocence can shield it. But the child can only live to the age of sixteen, and then hope will be born into the next chosen child. Baldric uses his power to bind his evil brother, until the day he begins to die, giving Kiradon an opportunity to curse hope itself in an attempt to find the current possessor.

Tobias becomes a wolf by the full moon, destroying everything in his path. Aria, the lone survivor from the Wolf's attack, recognizes who he really is and decides to go on a quest to save him, despite her own fears. She's joined by Quillian, a mighty warrior from the Ranevgh province and Sinjin, a Beast Tamer with secrets of his own. Magik may be for men only, but only Aria can save the world of Asgeirr.
Posted by Beth D. Carter at 9:27 PM