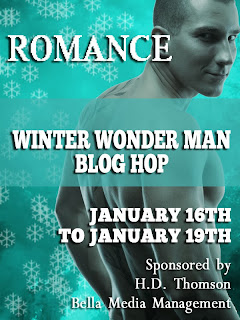 What makes a hero in movies and books wonderful to the point your toes curl?

The short answer is he over comes adversity. He’s put into a situation where the easiest path is to give up, but there is something inside him that drives him on, to continue even when others gives up. So while the odds are against him, he would rather fail doing something that is right or something he believes than never try at all. Heroes have hope when all others have no hope.

That type of hero turns my head and heats my blood right up. Wowser! Someone I might never would have thought was attractive suddenly has me salivating.

The longer answer depends on which hero draws you in. You have the flawed characters, redeemed by either love or their own drive. The superheroes, obviously. You have the unsung heroes, the unknown heroes, the regular guy heroes. The heroes of unusual size. Frodo anyone? Die Hard gave us John McClane, a balding middle aged guy who wasn’t the Fabio cover model, but his strength and perseverance made him super sexy. And some might argue with me about this but Christian Bale’s performance in The Machinist was such a flawed person that his redemption at the end turned him into someone that opened our own eyes to our flaws.

Of course, seeing the eye candy heroes on screen is nothing to sneeze at. What red-blooded heterosexual woman didn’t backtrack every time Thor’s chest was bare? Or the desperate kiss Aragorn gives to Arwen? Or Channing Tatum’s ass? Just to make a side note here, I actually did a little research for variety for this blog and there’s a website titled Hot Men of Hollywood (on tumblr) that I got a little distracted by. Perhaps I’m a little shallow for my own personal type of hero. (wink, wink)

Heroes between the pages aren’t that much different than their counterparts on screen, except instead of visual we have to use our imagination. In my opinion, that’s a little bit sexier because we can incorporate our own fantasy man into the scenario. My favorite literary heroes are the men who start off as shallow or cold and become better men through love. Lisa Kleypas writes these types of heroes awesomely (is that a word?). My favorites: Sebastian, Lord St. Vincent from Devil in Winter & Nickolas from Prince of Dreams.

Then again, sometimes the anti-hero is the best type of hero.  Spike from "Bufffy" was a great anti-hero.


Call me crazy, but I always loved the bad boy, the not-quite-sterling-hero.  My first crush was a cartoon character named Jason from Battle of the Planet, a Japanese animation brought over to the US in the late 70’s, early 80’s.  And there was Han Solo, of course.  Forget Luke.  I would even root for some of the secondary characters in books, like Ramsey O’Keefe in Amy J. Fetzer’s My Timeswept Heart.


Writing a bad boy is a delicate balance of keeping that heart of gold while at the same time having him make terrible choices.  I want my reader to want to reach into the book and shake him silly.  In my book Dreamland, Dicen Burke is one such character.  He’s a rock star that crashes down to Earth when he overdoses.  While in a coma, he travels to 1927 and meets Juliet, who makes him realize that he has to confront his demons.  Luckily, he wises up without losing what made him so appealing to begin with.  If the readers love him and hate him (at times), well then, I’ve done my job.

Thanks for visiting with me on this Blog Hop! I’m giving away one PDF ebook of any of my titles (winner’s choice)! All you have to do is leave a comment & a way to contact you. No contact, no win. I promise not to spam you, I just don’t have time to track people down.