Planet Alpha - Proposition - Behind the Scenes 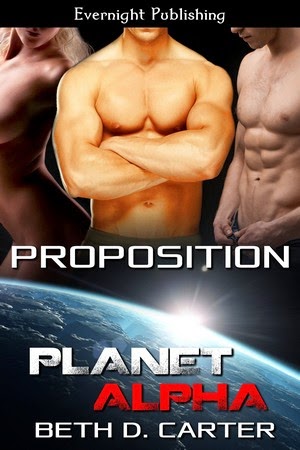 This book is a little different than the other two in the series.  I had a blast writing this, injecting a little bit of humor into the horrible situation.  Geoff is somewhat of a classic movie buff, but for him the classics are movies like "Saw".  I had to write him in a way that didn't come off whiny but he's a human stuck in a bad situation with having to share the woman he loves.  I hope, if at all possible, he's likeable and relatable.

I actually had to read the first two books in the series to write the epilogue and the bondmate ceremony.  There is a little twist at the end, something that Krig does to cement his commitment to both Geoff and Keirah, that I was adamant about.

And the heroine, Keirah, had to be someone that an Alphan warrior would fall for.  So she's tough yet sweet.  Bold yet shy.  And loves her scent.

The Signature Song for this story was "Lost in the Echoes" by Linkin Park.

He was big and muscular, and the moment their eyes met something zinged through her body. His horns sat high on his forehead and curled back toward his skull, the tips disappearing into his thick black hair. His blaster was held in his hand but down by his side, and she saw his golden eyes widen slightly as they took in her protective stance. The Alphan man looked first at her and then at the dead Xyran male at her feet.

“You killed him?” he asked in English, his words lightly accented. Goose bumps dusted across her skin as his deep, sensual voice washed over her.

Keirah lifted her chin. “I’d kill any man who meant to hurt me. Or Geoff.”

Again, the Alphan glanced around, lingering a moment on Geoff and the other unconscious men before looking at the women behind her.

“You must have taken him by surprise.”

“Have you ever killed a Xyran before?”

“No.” In fact, it almost made her feel sick how easy it was, but she wouldn’t show that weakness in front of him.

He nodded. “What are you doing on this ship?”

“It’s an auction ship,” she said. “There are some buyers willing to pay for a husband and wife.”

One of his eyebrows went up. He pointed to Geoff. “That’s your husband?”

His brow furrowed. “My name is Captain Krig. Commander Jorg sent out a distress call as soon as the Xyrans attacked, and we were on patrol, which is why we got here so quickly. You can put the blaster down now.”

She took a deep breath and slowly lowered the weapon.

“What is your name?”

Her eyes narrowed. He almost made that sound like it was a bad trait. At that moment, several more Alphan men walked up behind him, and Captain Krig conversed with them in his own language. She’d never had a reason to learn it, so she didn’t know what he was saying, but the next moment they were coming in the room and helping the unconscious men, including Geoff.

“Where are you taking him?” she demanded.

“The men will be taken to the medical bay on my ship,” he told her. “I would like for you to follow me.”

Did she have to? She wanted to follow Geoff. But the look on his face told her that he hadn’t requested her presence. He demanded it.

She tried to push down some primal instinct that warned her this man would change her world forever. 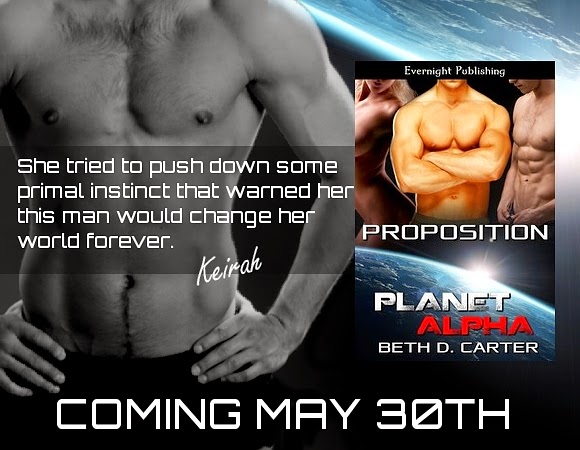