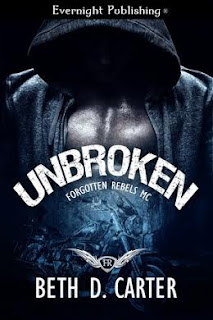 Way back in the stone ages (AKA: my twenties), my then-husband wanted a Harley.  He began growing a goatee and quizzing me on the differences between a Panhead, a Shovelhead, and an Evolution.  We bought a Harley Sportster and painted it cherry red.  I wore a helmet and jacket with red flames and he made the unfortunate mistake of wearing a head bandana with tomatoes on it.  Guess what his riding name became?

We had a local hillbilly bar that served free lunch on Sunday.  I’m talking corn beef and sauerkraut, fried chicken, or beef stew.  It was a weekly tradition with us and our little riding community.  One Sunday, as we’re sitting around enjoying free food and pitchers of beer, in walks a group of tatted up men and women, wearing denim vests.  My husband and his friends froze, leaned over to us and told us to get up and get the hell out of the bar. Quickly.

The Pagans had just walked in.

I didn’t know the Pagans from Adam and only later did I learn they were an outlaw biker gang, as notorious as the Hells Angels.  And little did I suspect that I would draw upon that experience as I decided to write motorcycle club romance. 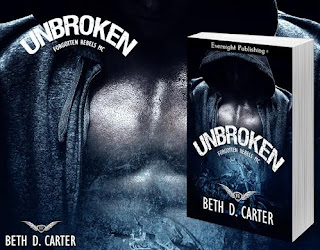 Where did the inspiration for Unbroken come from?
I loved the television show Stalkers, which unfortunately lasted only one season.  It always made me think about these stories you would hear in the news that always seemed like they were too unbelievable to be true, but somehow they really were, which is what made them terrifying.  I wondered what lengths I would do to stay safe from someone threatening, and thus, Piper was born.
Tell us something about the novel that doesn’t appear on the blurb or the excerpt.
The original name for this series was going to be Stalkers, because I wanted to create my own version of the show.  But after talking it over with my editor, we switched it to Forgotten Rebels MC, because I do plan for other stories in this world.   The next book will feature Wick and Abbott’s story.

Please share an excerpt from your book that totally spoke to you when you put the words down on paper.
“Piper stared up at the tall walls, a virtual fortress behind concrete and barbed wire.  A small sign declaring the building was property of the Forgotten Rebels Motorcycle Club let her know she was at the right place.  She wasn’t sure if the people inside thought the zombie apocalypse was going to happen, but if she could get behind the fortification she knew she’d be safe.”
…I think all of us, at one time or another, wants to feel safe. For Piper, her safe house is actually the club’s house, behind fortified walls that would keep out any and all bad guys.

What is the signature song for Unbroken?
“Unbroken” by Demi Lovato.  The lyrics really defined who Piper was.

Locked up tight
Like I would never feel again
Stuck in some kind of love prison
And threw away the key, oh, oh
Terrified until I stared into your eyes
Made me start to realize
The possibilities

No need for me to run, run, run
You're making me believe in everything
No need to go and hide, hide, hide
Gonna give you every little piece of me

Excerpt:
The afternoon flew by and she knew the men in the church had to be getting hungry, so she went into the kitchen and began organizing food into sandwiches.  It was something she’d done a hundred times before.  After the platter was finished, she sent a quick text to Wick.  He replied almost immediately that it was okay for her to enter with the food.
Picking up the platter, she carried it to the church door and one of the men let her in.  Wick smiled his appreciation when he saw the pile of food she’d made.  She quickly set it down and made a beeline for the door, knowing to get out as soon as possible.
“Wait,” came a deep voice.  “I thought I met all the club girls.”
Piper halted and glanced over to the opposite end of the table.  Her gaze met a pair of eyes so green it made her think of emeralds.  They were framed with the type of dark lashes that women would kill to have.  His black hair flopped a little over his forehead and scruff outlined a strong jaw.   Next to his left eye was a small tattoo, a black diamond.  The man was big, muscular, and he stared at her like he wanted to devour her.  Butterflies swarmed through her belly and her mouth went dry.  She tried to wet her lips with her tongue but didn’t have enough saliva to do the job.
“She’s not club pussy, Kix,” Wick said evenly.
Kix flicked his gaze toward her brother.  “Is she your old lady?”
Wick shook his head.  “My sister.”
Kix visibly relaxed.  “I see.”  He looked at her once more.  “What’s your name?”
“I’m Sissy,” Piper said.  “I take care of the house.”
“Sissy,” he repeated, then frowned.  “That name doesn’t seem to suit you.”
She cleared her throat.  “It’s what I’m called.”
“And we’re all called something, aren’t we, sweetheart?”
The men of The White Death chuckled and Sissy pulled her gaze away from Kix to look at the newcomers.  Parky had been correct.  Each man was gorgeous, a far cry from the current Rebels stock.  The Brothers might be family, but some of them had a face only a mother could love.
“Whose old lady are you?” Kix asked.
She lifted her chin.  “I’m no one’s old lady.”
He gave a wicked little grin.  “Good,” he murmured. 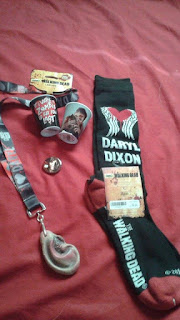 ****To celebrate the release of Unbroken (Forgotten Rebels MC #1), which coincides with Halloween, I am giving away this amazing Walking Dead give-a-way!  Who doesn’t love a little Darryl Dixon?  To enter, leave a comment from 10/29 to 10/31!  One winner will be chosen at random on Nov. 1st! 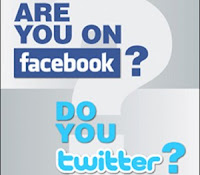 Make sure to follow me on Twitter or friend me on Facebook to keep up to date with give-a-ways and book release info!
https://twitter.com/BethDCarter
https://www.facebook.com/bethdcarterauthor
Posted by Beth D. Carter at 7:12 AM