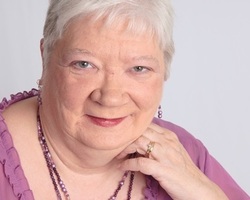 Hello Constance!  Thank you so much for visiting Written Butterfly with me today!  It’s such a pleasure to chat with you.

Thank you for having me today. I really appreciate it!

Mostly, I dream of my characters. I’ve spent many years single, and imagining the kind of man I’d like in my life, and the situations we’ve encountered. This is especially so with my first release, Delayed Justice, and my fourth release, Book of Love, which is being featured today.

Q) Is this book part of a series?

No, this one is not a part of a series.

In the story, Book of Love, Janice, the heroine, came to Colstrip, Montana with a car that Chris, the hero, coined as the car from hell. Every week she’d bring the car in for him to work on because something went wrong. She has no money for car repairs, so he is trying to help her out, but she gets angrier at him each time she goes to the shop for more repairs. Below is a little snippet of an encounter between them and her car horn.

She walked to the door, then turned around and asked him, “What happened to the horn?”
He looked at her blankly with his eyebrows raised. “What about your horn?” Even as
words left his mouth, he knew it was a mistake to ask.
“It was working fine when I got to Colstrip, but now it doesn’t work!”
Aaron came to see what the commotion was about.
“Probably the damn thing rusted off and is laying alongside the road,” Chris muttered under his breath.
“What did you say?” She looked back at him with a flash of anger in her eyes.
“Nothing.” He really didn’t know what the hell happened to the horn.
She regarded him coolly. “You probably took it off and never put it back on.”
“Now why would I do something like that?” he asked her irritably. He was starting to really get angry with her, but he held himself in check.
“I don’t know, maybe you have a horn fetish or something.”
Aaron left the room and went into the office.
“I don’t know what happened to your horn, but if you want me to put one on I will.”
“No, that’s okay. I don’t need it.” She turned and walked out the door.
He looked after her, exasperated. First she yells at me about her horn, then when I said I’d fix it, she says no. Women. He shook his head as he walked back to his office for a second to cool off. He walked in on his son who was in the middle of fits of laughter. Chris wasn’t amused.
“Did you do something to her horn, Dad?”
“I don’t know what the hell happened to her damn horn,” he replied flatly.

I retired from a day job last year, and I’ve discovered that I don’t need as much sleep. So I get up between 3 and 5 AM, get my coffee, go through my emails, and then I sit and write until hubs get up. It works well for me, and I enjoy the quiet during that time.

All of my books have something in them that has happened to me in my real life. Mostly humorous things and events. I like my books to show realistic, every day people and the things that happen to them.

I’ve been a strong supporter of Domestic Abuse ( http://www.thehotline.org/) and in Book of Love, my heroine came from an abusive relationship and I’ve another book that has been contracted, but not yet ready for publication, called Blue As Sapphires, where the heroine came from an abusive relationship. It’s hard to write about this subject, but I feel it’s so important to ‘show’ it in some form, address it, and provide a happy ever after, to hopefully make it as real as possible, and
show women of domestic abuse that there is hope and they can get out of their environment.

I have three books I’m getting ready to send off to the publisher. They are:  Jade’s Redemption, Elkhorn In The Moonlight, and Love, A Second Time Around. All three are at beta readers now, and I hope to get them ready to send in this month. I also participated in the NaNoWriMo, (National November Write Month) and now I’m tweaking the first draft about a burn victim recovering and discovering herself, and her relationship with her husband, whom she’d been separated from for two years. The story is a little hard to write, because her personal psyche is almost biographical of some things that I went through before I met my husband.  Gordon Lightfoot wrote a song called “Poor Little Allison” that resonates with me because it was the way I used to be and feel, and I wrote the manuscript based on the lyrics and concept of that song. The book is called The Burn Factor.

A librarian, a mechanic, and a psychotic ex. What could go wrong?

When her marriage came to a devastating end, Janice Meyers moved to Montana to try to escape her past and get a fresh start. She's sworn off men, but she didn't anticipate meeting Chris.

After the death of his wife, Chris Jamisen focused all his time and energy on running his auto repair shop and raising his children. He's not looking for love, and when he first meets Janice, the town's new librarian, he never imagines they might embark on a relationship. Sure, he'll admit he finds the smart, sexy blonde attractive, but the frustrating woman expects miracles from him. Her vehicle is practically beyond repair, but she insists he has to keep it running.

As Chris gets to know Janice, he begins to develop feelings for her, but he's reluctant to pursue a relationship. He's Native American, and he worries about the complications of a biracial relationship. He's experienced prejudice first hand, so he knows how difficult it can be.

When Janice's ex-husband shows up seeking revenge, things could reach a horrible end. Will Chris save Janice in time? And will he and Janice be able to set aside their painful pasts and give their relationship a chance?

NOTE: This book is being offered as one of two rafflecoptor prizes at my website, http://www.constancebretes.com/news--things.html which ends TODAY at midnight!