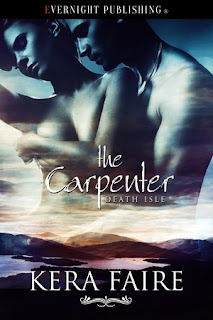 Hello!  Thank you so much for visiting Written Butterfly with me today!  It’s such a pleasure to chat with you.  So tell me…Raven’s dark side, Kera

Q) How did you dream up the dynamics of your characters?
I sometimes wonder to be honest. This series is a real departure for me. Darker and maybe edgier? All I knew is that these two would lock horns as soon as they really began to interact and understand a little more about each other. And they did.

Q) Is this book part of a series?  If so, can you tell us about it?
Oh I love this series, Death Isle. The background to the books is a mysterious government department which operates form Dark Island, in the middle of a loch in Scotland. Their job is to eliminate traitors, and each of the operatives has their own preferred method.

Q) Do you have any habits that get you in the writing frame of mind?
Not a one. I can and do write anywhere and everywhere. I just block out what’s going on, and away I go. One of the best places to write is on a long haul flight. Apart from people reading what I’m writing, (and accepting the odd glass of wine or two) there are no interruptions. Bliss.

Q) How much real life do you put into or influences your books?
As I’ve never killed anyone, not a lot in this series, ;) although I do know the settings well. I love setting my books in places I ‘know and love’. Other than that it’s a mixture of research, knowedge and imagination.

Q) What are your upcoming projects?
Well my Raven side has just started a new Regency romance, and my Kera side has one more book to finish in this series when the characters stop playing around and talk to me.
Then who knows? I just have to see where my muse takes me I guess. At least it means I’ll never get bored. 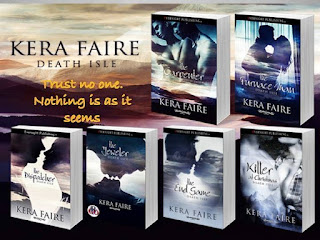 Undercover work plays havoc with any relationship, let alone when your boss is The Carpenter.
Dori Mason is good at her job—usually. However one look from her new boss is all that’s needed to turn her from a capable, in charge, woman to a complete klutz.
For his part Maddock wonders what terrible sin he must have committed in a past life to be landed with the Pa from hell. The fact that she rouses his inner Dom like no other has done before her is so not helping the issue.
He has a job to do, and that means that Dori is forbidden fruit.
A call for help from the Dark Isle, changes everything.
When their masks fall away, the gloves—and clothes— come off.
In the midst of a threat to the very existence of the Dark Isle, can Dori and Maddock find a future together?

And a wee tease…

“I want to create our pattern in wax on you, pet. May I?”
Behind the cloth she blinked. “Yes, Sir.” Her pussy clenched and her juices gathered.  Our pattern? She savored those words, they sounded perfect.
“Then let’s get you naked and onto a towel.  Let go of the rails.”
Her jumper was pulled over her head and she blinked in the candlelit room. He’d been busy. Candles dotted almost every flat surface and created an erotic and romantic space. Mason lifted her ass as Maddock tugged down her skirt and spread a linen towel under her. Then with a glint in his eyes she’d never seen before he put her hands back around the headboard. “Do I need to tie you, or will you stay like that?”
“No need to tie them, Sir.” She’d do as he asked. “Well, I’m not sure about my feet,” she added honestly. “If it hurts before it morphs into a sweet pain I might try to curl up.”
He grinned, and pulled a pair of individual ankle cuffs with ties to them out of his pocket. “Spread them, pet.”
It was fascinating to watch how he prepared. Mason stayed as he directed and did her best to quell the silly frisson of fear that hit her. She’d never tried wax play and it was one thing she often thought about. And it was Maddock for heaven’s sake. Maddock, not any old Dom.
“Color, pet?” Maddock stood next to her, a candle in each hand.
“Green, Sir.”
“Then my love let’s play. I warn you, this will be hot.”
He wasn’t wrong. That first drop of wax on her tummy made her bite her lip, the second clench the rails so hard she’d have bruises. The sting followed by brief red-hot pain and the sense of something hard on her skin was new and at times disconcerting.
After each carefully placed drop of wax, Maddock waited until she assured him she was green. Then all of a sudden the sensation chanced from hot and sore to hot and arousing. She began to float. 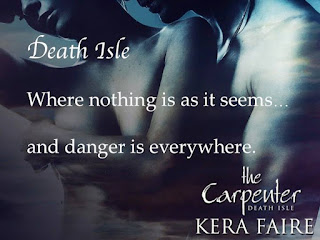