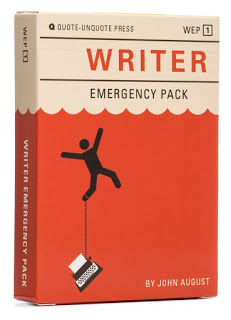 
Yeah, it happens to the best of us.  Life gets in the way and your brain is taken in another direction and before you know it, it’s been days or weeks since you last looked at that book you’re trying to write.  You’ve forgotten little details.  What eye color did you give your hero?  What town was your heroine born in?


Today let’s talk about the bad guy in your story. There’s nothing more boring than an omnipotent foe that’s virtually indestructible. Two dimension is never interesting, but then neither is a hero who can equally give Hercules a run for his money. What makes these two forces fight against one another?  Are they mortal enemies? Enemies formed by an external event? Perhaps the bad guy is simply that and the hero wants revenge?

Your hero will have to face his/her adversary at some point. Why not right now?

>List three ways the enemy could bring the fight to the hero right now.
> If your hero has a plan, how can he/she be forced to accelerate it? Perhaps he/she learns new information, or a window of opportunity is closing.
> Coincidence happens. Brainstorm three ways your hero and antagonist could find themselves in the same location unexpectedly.

Remember, the climax doesn’t have to be one big fight at the end. Little battles can maneuver your story into exciting directions you haven’t thought of. Let the characters write themselves, as if he or she is the narrator and you’re just along for the ride. Structuring a story is helpful but it can also be detrimental to creation. I often write myself into a corner that makes me really think hard on how to resolve, and those moments are usually my favorite parts to a story. Sometimes writer’s block happens because an author refuses to budge on what the outline says, and that can kill creativity. 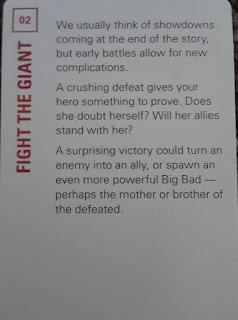