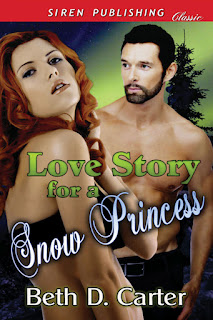 Once in a while you read a book that stays with you, and if you’re lucky enough, you write one.  The premise for Love Story for a Snow Princess went through many revisions and several different drafts before settling on the plot it turned out to be.

The hero and heroine of the story are Paden Winters and Panthea Snow.  Initially, Thea was going to be an infamous socialite (think Paris Hilton), who was at fault for the accidental death of her best friend.  To straighten herself out, and to get away from her vices, she was going to be a mail order bride to a man in .  But something was missing in the story, especially when I introduced Paden and his problem…which was cutting himself for sexual gratification.

A few months ago I had written a blog on masochism and this is what I had put on cutters:
Self-harmers are not suicidal, or even attention seekers. Quite the opposite, actually. People who self-harm tend to use this means as a coping method for something in their past, anxiety, depression, post-traumatic stress, or a multitude of other disorders. Sexual masochism is slightly more prevalent in males and it is interesting to note that more people consider themselves masochistic rather than sadistic.  Using this bit of research, I created Paden’s back story.  Some may say I did a cop-out, having him be a victim of sexual deviancy, but I would argue that this is a story of PTSD of a sexual nature.

To read how Thea and Paden overcome their traumas and find love, make sure to pick up a copy of Love Story for a Snow Princess, which will be released on June 21st.  Please check back here on that day for a contest to win a free copy.

Can a woman who has an abnormal fear of blood and a man who cuts himself ever find happiness?  Or are some pains too deep to overcome?
Posted by Beth D. Carter at 8:52 PM