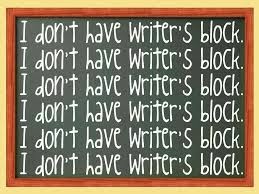 There is something really sad when a story is half-way through and the motivation for the characters up and dries out.   Questions like “how do I resolve this situation” or “where do I take them now” abound through the mind, adding to the frustration of trying to produce a story.  As a writer, I’ve had my fair share of writer’s block, and I’ve discovered for myself that it’s best to let the story go.  I save it, store it, and sometimes I go back and revisit in case something jumps into my mind.

My novel Love Story for a Snow Princess was one I had shelved for a while because of those very reasons.  The story went through a lot of revisions from when I first conceived it.  I had an idea of a socialite deciding her life is meaningless when her best friend dies in her house from an overdose.  She decides she needs to get away from her vices by becoming a mail order bride to someone in Alaska.  But it just didn’t work so I shelved it.  When another idea presented itself to me, I reworked my earlier writing and the story morphed into what is it today.

I’ve only had one book I had to work off deadline, and that was A Silver Lining, a Battle of the Sexes story published through Loose Id.  I turned in my story synopsis and outline to my editor in July and I had to have it finished by November.  Whenever I got stuck on something I would move away from the section I was trying to write and move on to another part.  Since I didn’t have the option to sit back and wait for motivation, I found this method worked best for me.  By having something to look forward to and connect with, I was able to manipulate my characters into getting from point A to point B a lot faster.

Some stories are easier to write than others.  Such is the case for my first M/M romance-You Can Run. It was written in my mind when I moved from Baton Rouge, LA to Los Angeles, and when I sat down to my computer I wrote it in two weeks!  Through my entire journey across Interstate 40, I saw Big Rig trucks traveling up and down the road.  At night I would see them lined up in a row, bunked down for the driver to rest at truck stops.  I started imagining one of my heroes, Kyle, a young kid with a secret who needed to get out of town.  I pictured how the driver of a truck, Del, would react to having such a guest.  I must have taken a thousand pictures of trucks and the countryside!

Sometimes there are stories that a writer must let go of for various reasons.  For me, it usually stems from the characters completely taking over and leading me away from the vision I had of the story.  When that happens I have to rethink the entire plot.

If all else fails and writer’s block has its tight tentacles in you, then taking a break might be just what is needed.  Drink some wine or relax in a hot bath, read a steamy romance or watch a great flick.  And then when you sit back down to pound the keys, hopefully writer’s block will be a thing of the past.
Posted by Beth D. Carter at 7:33 PM