Just Say It! by Belinda McBride 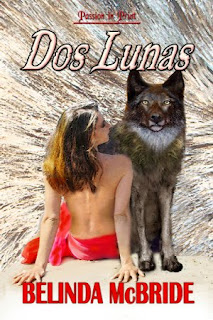 As I’m sitting down to write for Beth’s blog, my 22 year old niece is in the room next to me, screaming her lungs out.

Sound’s pretty dire, eh? Yes, she’s 22 and screaming, but she’s got Angelman’s Syndrome, a genetic defect that includes autism, (which is rare in girls) seizure disorder and mental retardation. Why is she screaming? Honestly, I don’t know, but usually it means she’s hurting or that there’s a big cluster of sh*t on the horizon. Most likely a big seizure or the flu.

The major issue here is that something is wrong and she lacks the ability to tell us what it is.

Can you imagine lacking the part of the brain that regulates communication? I write about love and relationships, and in fantasy, as well as in life, our success is based on our ability to convey our needs, our emotions and our desires. Oddly, the issue that I have the most trouble with in my personal relationships is…communication. Under stress or confrontation, I tend to either lash out or walk away. When someone compliments me, I’m never certain how to take it. I have no idea how to comfort someone, beyond being there. And it’s very difficult for me to express my love for another.

Some of our ability to communicate is inborn. Some of that ability must be learned. I was raised in a family that walked in fear of the patriarch. Dad wasn’t big on sharing feelings…LOL! Mostly he had two emotions…surly and angry. Surly wasn’t so bad, generally he was watching TV then and didn’t want to be bothered. Angry…well, he’d come looking for something (or someone) to take it out on. He wasn’t physically abusive, but ours was not a warm and fuzzy household when he was around. (He was a long-haul trucker, so mostly, we were spared.)

My own marriage didn’t last long, but I determined to raise my children with more open communication and sharing of feelings than I was raised with. Was I perfect? Absolutely not. But I mastered the ability to say, “I love you” to my kids. It never became a habit, and I found that every time I say or write it, I feel it and I mean it. As I watch the girls stumble through life and love, I see that they aren’t afraid to express their emotions, so it appears that my mission was accomplished with some degree of success.

Today is the big V day…the day to show love to your sweetie, as well as your friends and family. Make it deliberate, make it intentional. Most of all, say the words because you mean them. Say it even if you aren’t feeling it at the moment, because that’s when we need to say it the most. That’s when our loved ones need to hear it the most as well.

And it doesn’t hurt to throw in a flower or two as well. :-) Happy Valentines Day!

Middle brother Diego Lobos has everything he needs. Friends, family, a
business, even a great truck, yet there's always a hole inside him that
won't be filled. When cool, controlled Victoria Talbot brings in a
badly stained dress, he knows she's the one to fill that space. Can he
trust her with his secrets if she hides her own?
This is part of the print anthology LUCKY IN RED.
Excerpt:

Victoria Talbot chewed her pencil as she viewed the footage playing out on her
laptop. Figures moved in and out of camera range, sometimes silhouetted under the light of the full moon. They were eerily familiar, yet she couldn't quite identify them.


There was some distance between the camera and its subjects, but it recorded laughter and snatches of conversation, mostly in Spanish. There were three men, all similar enough in appearance to be brothers. They were tall and well built. All three had dark hair, but she couldn't make out their features. She frowned, tilting her head as one man knelt, picking up a stone and tossing it into the woods. A handsome profile was momentarily etched against the moonlit sky. Her heart leapt. She
knew him! Well, maybe they'd never met, but he was so familiar. She leaned forward, willing him to turn his head, to look toward the camera, but he remained hauntingly aloof.


Without any preliminaries, the man vanished. He simply wasn't there. A smudgy cloud of smoke whirled and coalesced until a wolf emerged where the man had been. The pencil snapped in half between her teeth.


She clutched the broken pencil in her sweaty palm and kept watching as the scene repeated itself, until there were no more men in the image, only smoke, and then great, dark wolves.

One raised his head to the moon and howled, prompting the other two to join in an
impromptu melody. They shook their luxuriant coats, romped for a moment, and then vanished from view, leaving only a lingering image of the heavy white moon and an empty clearing. And then the screen went blank.

"Goddamn son of a fucking bitch."


Victoria pushed back her chair, dropping her head between her knees, breathing in through her nose and out through her mouth. Once she'd recovered her equilibrium, she sat up and started the clip again. And then she watched it again and again--and again.