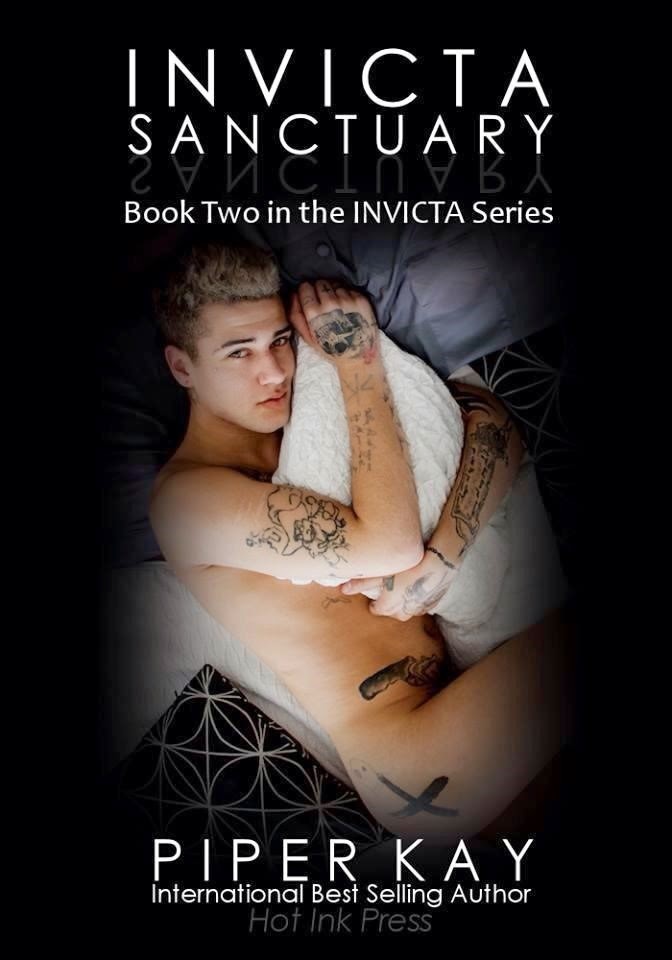 Hello Piper!  Thank you so much for visiting Written Butterfly with me today!

Oh gawd, that is a very tough question. The best way to explain it is using actual characters from the story and to say that I gave them all issues. I know, cruel author lady, but I did give them solutions, they just had to hunt for them.

Take Mickey, the main character in Invicta Sanctuary. He enters the story with several issues, but one cause for them all. He needs to restore his self-confidence. He had bookoos of it at one time, so he’s familiar with it and can recognize it in someone else, but not within himself. He lost it, and doesn’t know how to get it back. He realizes this fact, but instead of trying to fix it, he chooses to throw up walls to protect himself, or so he thinks. Mickey has several mental projections of himself that range from the “should have been me” image, to the “was me” version, all the way to the “I’m expected to be” scenario, where even his own expectations are impossible to meet. (that one alone tosses him into fear and failure mode by default)

Now bring Kaiden into the story, he can look at Mickey and recognize the fear side of it. Kade knows how to beat fear because he’s done it. (or thinks he has) But let Toryn come in the story, and he zooms in on Mickey’s trust issues. Enter Holton, who has the need to rescue and save everyone, join in. All he sees is a desire, a strong need to fit in and be accepted. Holt has daddy issues from his own past. Three separate solutions to three different issues. One cause.

They dynamics part of the characters is that they all hold bits and pieces of the solution, and the only way to completely resolve it is to have all the puzzle pieces. That is what makes them dependent on one another. Invicta means unbeatable, undefeatable and when they can help each other like this, that’s what they become…unbreakable. That is what Invicta is all about. Did that make any sense what so ever? hahaha

I guess only a couple. I need music, and it has to be blasting. That automatically tosses me in the zone for the most part. Not sure if that is a routine, a preference or a habit, it’s just something that has to take place before I can type one word. Next would be a pot of coffee, pretty sure that’s just a bad habit, even though it’s still a necessity. I think the last one, is more an OCD issue, but I have to have a clean desk to start. Once I get in the zone, I don’t want anything distracting me, so I clean off the desk to make sure of that. 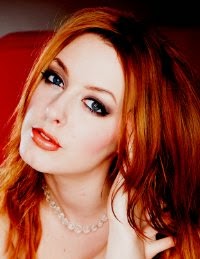 About me: Piper Kay is a homegrown country girl straight from the outskirts of Houston, Texas, USA. She is a #1 International Best Selling author of LGBT Erotica, and an International Bestselling author of LGBT Erotica romance, gay romance, specifically in the male/male (m/m) erotica genre, and LGBT drama. Piper is bringing her passion of storytelling straight to the pages, most times served with a super-sized sprinkle of sexy, a slice of sarcasm and a carafe of crazy.

Blurb:
What is your sanctuary? For Mickey, he never needed one, he was his own. Until now. In a situation spinning out of control, Mickey is forced to make a move and he's not sure how to handle it. He's an intelligent, self-reliant man who never depended on anyone for anything, but now he is alone for the first time in his life, scared. By accident, he ends up at Invicta, the hottest new male go-go dance club in town. Owners, Kade and Holt, know the behavior all too well, but Mickey's trust factor is leveling out on zero, until he spots Toryn. Sometimes sanctuary can be found in the strangest of places.

Excerpts-
1. That young, dark haired, and tatted up hottie grabs me right off the bat. He can’t be more than twenty-four tops. Just right. He’s been poured into those leathers, his ass packed in nice and tight. Firm. They might as well have wrapped the man in saran wrap, not that I’d complain either way. He’s finally announced, but it’s probably a stage name he uses. Who even cares? As long as he keeps shaking himself around, I’m all good. The man rocks to the beat of the music. He pops that majestic ass in perfect tune with the thumps blasting from the speakers. Done like a true power bottom and personally, I’m enjoying the hell out of it. His hips begin to roll in a perfect circle, as he pivots on one foot to his side. He coils himself all the way around twice before facing the front. I’m loving his body movements. Someone stick a fork in me, because I’m sizzling… I think I may have just fallen in love with the man on the stage and those ‘fuck me hard’ hip moves.

2. Somehow, with just one kiss, he plowed right through the thoughts that had me worried sick all evening, and redirected them to one focal point. Him!  Slowly, I reach for Toryn's waist with one hand to see if he'll let me closer or slap me down. God, I feel like I'm in high school on my first damn date again-CHILL Mickey, just calm down. He looks down at my hand, then back to me. Without breaking our eye contact, I feel his hand wrap around mine and tighten. Oh thank fuck!  I yank him into me, lowering my head so our mouths meet. Our kisses, so sloppy, and hungry for each other. I press against him, unable to get enough. Running my hand along his waist to his back, I tightening my grip, and spin him around, slamming him against the wall. He lets out a moan. Before I can stop myself, I bury myself inside his mouth, swallowing every bit of that delicious moan. Fuckenhell.

3. I yank him into me, lowering my head so our mouths meet. Our tongues are so much more aggressive, now that all the unspoken terms and agreements have been cleared. Well, at least they have on my behalf. We dart and chase around each other, so sloppy and hungry for each other. No matter how hard I press against him, I can't get enough of him or fast enough for that matter. Oh my God, the man's mouth feels incredible.