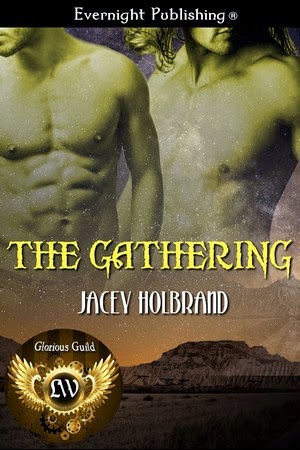 Hello, Jacey!  Thank you so much for visiting Written Butterfly with me today!

Thank you for having me. (:

Evernight Publishing has a great series called, Planet Alpha. I wrote The Gathering with that series in mind. When it came to the characters, the alien had to fit certain guidelines and my other two characters were human so I felt I had a little leeway. I like dystopian stories and scenarios. The characters just came to me. A man who had just gotten out of the military… A woman scientist and inventor… How would the two of them, who happened to be childhood friends, cope in a dying world? How would they handle themselves if they were abducted? That’s what came to my mind and what I ran with when I set out to write the story.

The Gathering didn’t make it into the Planet Alpha series, but I was offered a Revise and Resubmit. So, I reworked the story and made it the first in a new futuristic series called, The Glorious Guild of Lady Windsurfer. This series has Nicola, the scientist and inventor, as the leader of a group of her friends and family members. Nicola is the narrator, and through her, readers can follow the tales of the people and their relationships. The group works toward the common good of man and for their own survival as they create new gadgets and explore strange worlds they access via portals.

I have another Planet Alpha submission I’m waiting to hear word on. I’m working on the next story in my series called The Agency. I also have a couple more stories I’m working on for The Glorious Guild of Lady Windsurfer series. 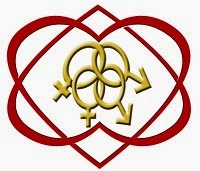 The year is 2112, and the world has changed…
Jake Landry is interested in having some fun. He’s in Las Vegas, newly single and just off his most recent tour of duty. In Vegas he has met up with his old friend Nicola Goodheart, a scientist and inventor who studies portals, other worlds, and strange beings. Jake has also met and become enamored with Alexander, a gorgeous man with violet eyes. Jake goes with Nic on a portal finding mission, and they all end up in Alexander’s alien world.
Recruiter Alexander Bloodworth is interested in Jake for himself and in Nicola for placement in a pleasure house on his home planet of Aurath. When he hears word one of his people’s enemies are after Nicola and Jake, he goes to save them both, even at the peril of losing his job.
Will they risk their hopes and dreams—Alexander and Jake for a chance at love and Nicola for her career—or will they falter and lose everything anyway?
Be Warned: m/m sex

Excerpt
“Frottage?”
Pleased the color started to return to Alexander’s skin, Jake smiled and rubbed Alexander’s arm, loving the way his brow knit together when he became perplexed. “It’s also known as dry humping or sex without penetration. We can rub and grind on each other to achieve an orgasm. It’ll get us over the hump.” He chuckled. “No pun intended. It’ll get us by until we’re where we have access to protection.”
“Sounds acceptable to me.” Alexander captured Jake’s mouth in another kiss and the only time he stopped kissing him was to pull Jake’s shirt over his head.
They mimicked each other’s touches—running their hands up each other’s smooth chests, tracing the dips and curves of their muscles, enticing nipples. When Alexander latched onto one of Jake’s hard nubs, Jake sucked in a stream of air. Alexander’s lips on his body were like heaven and hell. Heaven because their silky touch sent delightful vibes through him, and hell because whenever Alexander trailed down toward his pulsing cock, he didn’t take it in his mouth or lick or kiss it.
“Come on, Alexander. Quit teasing me.”
“What do you want me to do? I want to hear it. Tell me.”
Alexander’s rumbling commands sent more heat racing through Jake’s veins and down into his cock. Jake didn’t know his dick could get harder than it already was, but it had. He gazed straight into the alien’s stormy purple eyes. “I want you, Alexander. I want you to take me in that beautiful mouth of yours. I want you to suck me dry.”
The alien rose from the couch and towered over Jake before he dropped to his knees in front of him. Alexander reached out and grabbed the top of Jake’s pants, then yanked them down and off his body. Jake’s cock stood, bobbing to and fro as he resettled on the couch.
“Spread your legs, Jake.”

About Author Jacey Holbrand
Jacey Holbrand believes love comes in all forms and should be celebrated. She’s committed to her muse and writing so she can share those kinds of stories with readers. Hot days. Sexy nights. Come play in her world.
Jacey loves to hear from readers! eMail her: JaceyHolbrand@gmail.com