Q & A with Isla Dennes on her new Release!

Hello Isla!  Thank you so much for visiting Written Butterfly with me today!  It’s such a pleasure to chat with you.  So tell me…

Every writer has a different approach to this, some develop complex psychological profiles for their characters before they start to work of the MS, some are influence by people around them, but for me, once the main characters are established in the first couple of chapters, they tend to develop their own complex personalities from which the relationships and the dynamics between the other characters in the book evolve. It’s like once I develop the characters they in turn write the story. Rarely does a story follow the path I have formed in my head, but like life, the course of a story (for me anyway) is unpredictable and influenced by the journey of my character.

One of my inspirations for the book was undoubtedly the savagely bitchy atmosphere that prevailed throughout my own high school years. It really was survival of the fittest. Looking back now, I wonder where those girls are now, the ones who terrorized anyone who didn’t have an inner bitch to call on in times of need. Some of those anonymous bullies play a big part in the book and I hope if my readers take away any message, it is nice girls do win in the end.

One of the best tips I can offer, is to keep a journal and write in it every day. Writing in my journal, is for me, like a literary warm up. Stretches the brain muscles. It doesn’t matter what crap you write, as no one is ever going to read it (you hope) but it really helps to establish a routine, a habit that is making time to write every day. Once you start to pour our your frustrations, happy thoughts, anger or just what you had for breakfast down in words, the ideas just keep flowing.

In writing Sex, Spoons & Salsa nothing was planned too far ahead in the story. I knew what message I wanted to relay, which in this case was a warts and all look at peer groups, bad decisions, growing up as an adult and leaving behind toxic relationships. Rather than going down the touchy feely road, I decide that brutal honesty laced with a liberal dose of comedy and more than a little “taking the piss” was going to be the voice of my story.

Oh my God, if I actually lived out all the outrageous antics of my characters, I would either be writing this from jail or in a strait jacket… But seriously, maybe is it safer to go wild on paper. Some of the scenarios in my books are from my own experiences (I will leave the guessing up to my readers)! But one part that does come to mind is Fiona’s father. My own late father, being a fully paid up, kilt wearing, bagpipe playing Scotsman, gave me plenty of fodder for the story. Although Fiona’s father is not necessarily based on my own dear Dad (no spoon collections in my house growing up!), I did borrow his accent…. And there was the time he wanted me to learn highland dancing….

Well, I am really excited to announce my next book, Heavenly Pleasures, another comedy, will be released on the 7th February 2018, being the first book in the For Heaven’s Sake series.

In Heavenly Pleasures, we meet Brooke, a self-confessed shopaholic turned reluctant brothel receptionist, as she stumbles through life, trying to live up to her parents’ and fiancé’s high expectations—at the cost of her self-esteem. Who would have thought a group of working girls would help her rediscover her inner strength and finally tackle her personal demons? But at Heavenly Pleasures, quite a lot of things are possible…

Thrown into salsa lessons by her therapist, Fiona stumbles her way from depression to happiness and, numerous disasters later, finally finds her rhythm again.

As if it wasn’t bad enough to be living back home with her parents after leaving the Two-timing Lying Bastard, Fiona also finds herself socially ostracized after a drunken dancefloor disaster at the Returned Servicemen’s League disco, resulting in her father practically frog-marching her off to a psychologist. Sounds very Hollywood, right? Except, when your parents are Scottish, it goes without saying that any therapist is of the budget variety.

As part of her plunge into the surreal world of therapy, Fiona’s instructed to have dance lessons to raise her self-esteem, in the process emptying her father’s wallet and threatening the sanctity of his prized spoon collection to foot the bill. And that’s despite Fiona’s three left feet, all of which are rhythm challenged.

Salsa lessons, secrets and lies, a riotous bachelorette night and a disastrous wedding see Fiona’s life spiraling as wildly out of control as her salsa. With her therapist’s help, she should be able to see the truth lurking just below the surface and finally take back control once and for all—that is, unless her so-called friends have anything to do with it.

“I have nothing. No husband. No friends. No life. Nothing. I might as well be dead!”

Through a veil of tears, I stared at the wilting rubber plant in the corner and tried to pretend I was anywhere but there. I don’t think I could have been any more mortified. I sounded like a hack Shakespearean actor.

Crossing her arms over her matronly bosom, Margarita pushed a fresh box of tissues toward me before settling back in her chair. She didn’t appear the least bit put out by my hysterics and I wondered what it would take to get some kind of reaction from her. Talk about detached. Fifty minutes into our first session and she hadn’t even opened her mouth to impart any words of life-altering wisdom? For all I knew, she could be compiling her week’s menus and their subsequent shopping list in her head. Was it possible my father had stumbled across the only deaf-mute therapist in the country?

“Therapy. I still can’t believe I’m here,” I mumbled tearfully. Had I not been so totally consumed by my own misery, I would have been burning up with shame. “Who goes to therapy, anyway?” I cried, ignoring the frown appearing on Margarita’s face. “I’ll tell you who—celebrities, bored middle-aged housewives, people who’ve taken to curling up in corners and sucking their thumbs. Total nutters, that’s who! Not me.”

This had to be a mistake. I didn’t belong there. I didn’t want to belong there. I wanted to have my life back. But the very act of coming to therapy was in itself an admission I had failed at being a grown-up and was in need of rescuing.

On the drive there, I’d made a promise to myself not to get all caught up in that whole touchy-feely crap. Sure, I might have been led dazed and blinking from the dark recesses of my room―and my mind for that matter―clutching a ratty old stuffed rabbit, my normally well-behaved shoulder-length mousy-brown hair long gone wild and my usually striking blue eyes dulled and barely recognizable. But make no mistake, I was there for one reason and one reason only, and that was to get Dad off my back and, in the process, prove to him what a complete waste of everyone’s time and money this was. Alas, once I’d settled into that arse-numbing chair―no sign of a comfy leather couch, much to my disappointment―the silence, combined with the sympathy emanating from every pore of Margarita’s round face, had triggered something in my brain—the blabbing switch. Before I could stop it, my runaway mouth had embarked on a journey of its own, climaxing in my recent outburst, still hovering in the air between us like a bad smell no one wants to acknowledge.

God, what have I done? Unfortunately, I couldn’t take it all back now. I looked expectantly across to the Beige Linen Oracle—as she was from that moment christened—for any sign she’d come up with the magical solution for my ruined life. I’d done my bit. Surely it was up to her now to sort out this mess? But no, she merely stared back expectantly.

Waiting for exactly what, I wondered? A complete mental breakdown? By this time, I was little alarmed. Am I a lost cause? Maybe I really was losing my mind. Great, this is all I need. If it wasn’t bad enough to be a twenty-six-year-old recently discarded wife, on top of that I was doomed to suffer the additional humiliation of losing the plot, going la-la, floundering in the emotional cesspool of life without a float.

Plummeting headlong into Loser Hell without a safety net…. 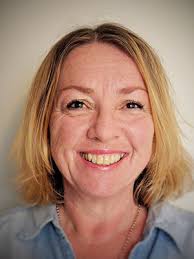 Married, mother of one son and three daughters, Isla Dennes developed a love for writing while employed in her dream job as the owner of a book shop situated in a seaside resort town in NSW, Australia. Not content in simply reading every book in the store, she found herself compelled to create novels of her own.

Had she concentrated more on sales and less on writing she might well have retired a wealthy woman, but writing won out in the end, with the result being a lifelong passion for creative writing across a number of genres, including a brief but regrettable sojourn into horribly sentimental New-aged poetry which is best forgotten.