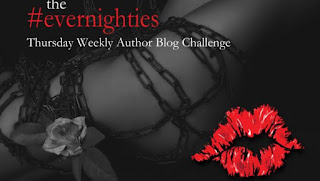 The Best Gift I Ever Gave


I'm not sure how to answer this challenge. Do I toot my own horn? What if the people I gave gifts to didn't like them but were too nice to let me know? Or what if the gifts I gave meant more than I thought they did?

I take gift giving very seriously. I want people to know I thought about them and what their likes were, that I put thought into it. I mean, sometimes I've given gift cards simply because what the hell do you get a teenager? So I guess I'll answer this blog challenge by the gifts I really enjoyed giving.

When Mike and I started dating, I wanted to surprise him. For our first Christmas, I didn't want him to spend a lot of money on me (we'd only been dating a month), so I laid down some rules. Nothing over $10.00. We're both Star Wars fans, and I had this Chewbacca poster from childhood, given by some company as a promotion. There were four posters but I only had the one. I found it and bought a frame for $8.00. He was shocked and we have it hanging up now.

Another gift I gave were tickets to one of the opening games of The Vegas Golden Knights. We're both hockey fans, and we love our Vegas Born team, so I got us tickets for October 1st, 2017. It was a great game and we got to see the wonderful new T-Mobile arena (The Fortress). Unfortunately, it was also the night that 58 people lost their lives during a terrorist attack perpetrated by a horrible man.

While that gift was tainted by tragedy, his next birthday gift I got him tickets to a Dodger game when the St. Louis Cardnials were playing. We also love Cardnials baseball (both of us growing up in the Midwest), and we spent the weekend with our friends in LA and went to the baseball game. It was a great night, even though St. Louis lost.

**Make sure to check out the others in the Evernighties Blog challenge!