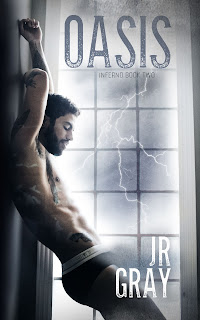 
I worshiped at the altar of pain, surviving on avoidance, physical to avoid the mental, anything to forget what I’d lost. When Remi walked through the door, I felt like I’d paid my price for the passage through hell and been granted a taste of Eden. Remi was my oasis and I was going to drown myself in him.


But life takes with no remorse and everything was a mirage. The past won’t stay dead and a cruel phantom comes to destroy our happiness. The more we need each other the further apart our lives drive us. I’m torn between my perfect past and the hope of an oasis, and either choice demands I cut out part of my soul. 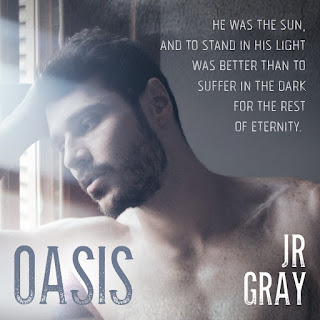 
I survive on avoidance. Physical pain to avoid the mental. Disposable flesh to avoid relationships. Work to avoid attachment. My club became my empire of avoidance. Inside the ring millions are won and lost. The fight is confined to breaths, actions and reactions, fists and pain. Rules don’t exist. Only my opponent exists. I’d been avoiding my needs for far too long when Remi stumbles into the Inferno and I’m hungry. The promise of a submissive with no attachment is far too tempting. I can’t resist him. He was only supposed to be a distraction, but I know I'll never get over him. There isn't a chance in this clouded hell. 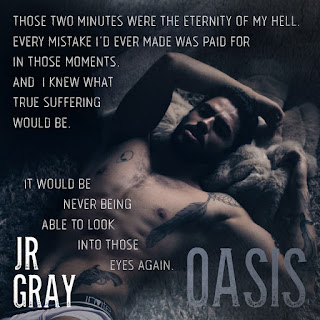 
He turned to cup upside down over my chest. The scalding water burned and spread and I slipped. I slipped and floated. My lips parted and I could feel my breath pass between them. I must have moaned, but I was too gone to hear anything. The only thing I felt were his tools on me. Hands, and crops, and maybe a flogger. I craved each touch like the whisper of a lover over my skin. His marks were love written on my skin.


I pulled against the bonds wanting to touch him. The crude rope bit into my wrists, and I didn’t care. I had to touch him. I had to get to him. I knew it was useless, but how many things in life do we do that we know in the end will be useless. I’d felt like that my entire relationship with him. I was chasing someone who would never see me the way I saw him. But he was the sun, and to stand in his light was better than to suffer in the dark for the rest of eternity.


“I have no doubt of that.” He dragged his nails over the lightly blistered flesh and I cried out.


The pain lifted me and filled me, but not as much as his words. His words broke me, but also built me. I knew they were only for me. I knew he didn’t pay this attention to anyone else.


Then there was soft. A silk touch. His lips? I had to pry open my eyes and fight my way out of the space I was in to see how he kissed my hip. His fingers played over my collar bones, and when he looked me in the eyes, I saw something there I’d never seen before. Maybe he did return my feelings in his way. I lived and died in that one look.


I was forever his, whether he remained or left. Like I’d signed my life away in his eyes. I was his devout servant for eternity.


My lips pulled back as fire raced through my veins. I had no outlet for the rage that filled me. Rain started to fall, soaking us through instantly.


I grabbed his shirt, shoving him into the car. “You are who I am.”


I forced his lips open with mine, kissing him. He didn’t fight me. He still belonged to me. I knew he felt it as much as I did.


I tugged at the fabric and he raised his arms so I could strip off his hastily put on shirt. I shoved his jeans down, without shame wrapping my fingers around his cock.


“Shut up.” I stroked up his length, and his fingers tightened, drawing blood. It mixed with the rain and ran down my arms.


I bit and sucked at his lips and tongue. His other hand found my hip and dug in. I pulled back enough to meet his eyes. He was savage with his nails.


I grabbed his balls with my free hand and twisted, smiling down at him. He returned the gesture by grabbing my cock through my pants.


“We aren’t in the playroom. I will return all of it.”


I licked over my lips squeezing more and raising a brow. It seemed like challenge.


Both his brows rose, and he nodded. “Are we doing this out here or are we taking it inside?” Remi unzipped my pants and dugs his nails into my cock as he freed it. 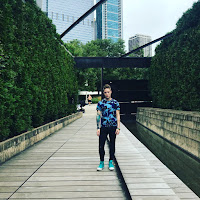 Gray is a cynical Chicago native, who drinks coffee all day, barely sleeps, and is a little too fashion obsessed. He writes realistic and damaged characters because everyone deserves a happily ever after.