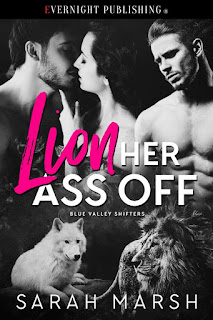 Hello Sarah!  Thank you so much for visiting Written Butterfly with me today!  It’s such a pleasure to chat with you.  So tell me…

A) Yes, Lion Her Ass Off is book 2 in my Blue Valley Shifters series. It’s an MFM paranormal ménage series, on the lighter side.

A) I think my favorite part of this series is that it started as thank-you to two wonderful friends and readers from my Street Team. Heidi (book one) and Julie (book two) became my heroines for each book and the characters make me laugh almost as much as the real deal ladies. 😉

A) My favorite book I’ve written must be Viktor; the first book in my Happy Evil After series. I like to think it represents my wacky sense of humor better than my other work and when I read I really love a book that can make me laugh along with the romance.

A) Lol, oh I’m a pantser for sure. Scenes from different stories and series are always popping into my head at all hours, so I’ll write them down and try to concentrate on the current WIP… but my muse is in no way linear.

A) My current WIP is book 2 in my Happy Evil After series, then I’m trying to get back to my Coalition Mates. Elena Kincaid, Maia Dylan and I are also working on the next book in our Beyond the Veil collaboration series.

Just like any other shifter, Julie always imagined meeting her mate and living happily ever after with the charming male of her dreams. Nothing could have prepared her for the shitstorm that was about to become her love life. With her luck though, shouldn’t she have expected it?
Hector has lived his life knowing that he’d become Alpha of Blue Valley one day. Turns out, acting like you always have it together and living it? Well, those are two very different things. He panicked when he first realized that his sister’s best friend was his mate, now he must rise to the occasion in hopes that he can salvage the rest of his life—but no pressure.
Deacon had no idea what fate had in store for him with a new start in Blue Valley, meeting his mate and her ‘plus one’ wasn’t it. These two are so mixed up in the past it seems almost impossible to make things right and move forward. Good thing he’s a professional. 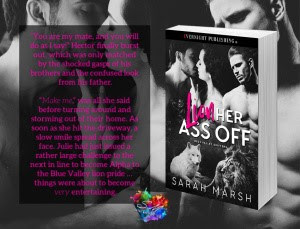 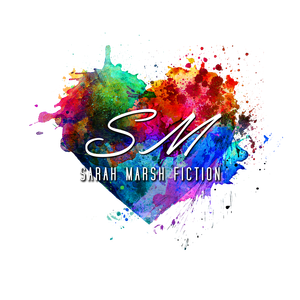 Sarah Marsh was born in British Columbia, she’s only recently began her writing career finding it the perfect outlet for taking the edge off a nine to five job. She’s a science fiction and romance junkie and when her imagination started to take the characters she’d read about even further in their adventures she decided to try writing something of her own.
Her biggest weaknesses are animals of any kind … she even loves the ones that wake you up at four in the morning because they can almost see the bottom of their food dish.
When it comes to life in general she’s a big believer that laughter is the best medicine and that there’s no such thing as too much love, which is why she’s such a sucker for a happy ending.

Be sure to stop back for my Valentine Romance Give-a-way…four ebooks, one every Friday…to celebrate the month devoted to love! 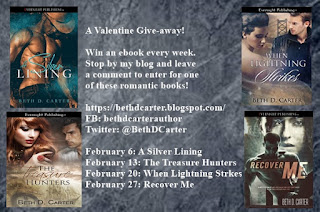