Once in a while you read a book that stays with you, and if you’re lucky enough, you write one. The Love Story for a Snow Princess went through many revisions and several different drafts before settling on the plot it turned out to be. I wanted to write something very different....a love story with a very broken hero. 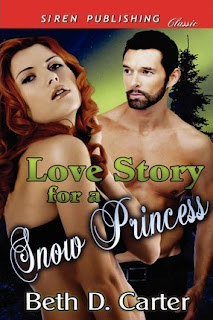 The hero and heroine of the story are Paden Winters and Panthea Snow.  Initially, Thea was going to be a well known infamous socialite (think Paris Hilton), who was at fault for the accidental death of her best friend.  To straighten herself out, and to get away from her vices, she was going to be a mail order bride to a man in .  But something was missing in the story, especially when I introduced Paden and his problem…which was cutting himself for sexual gratification.

So let's talk about my tortured hero, Paden.

Many people may ask what can possibly make hurting one’s self arousing, but the answers aren’t always black and white. Yes, it’s listed in the Diagnostic and Statistical Manual of Mental Disorders as a paraphilia, or otherwise known as intense and recurrent sexually arousing urges, fantasies, or behaviors. But isn’t that all sex, really? Don’t we all have fantasies somewhere deep down which manifest in someway in our approach to sex?

In the research I’ve done, literature points out that self-harmers are not suicidal, or even attention seekers. Quite the opposite, actually. People who self-harm tend to use this means as a coping method for something in their past: anxiety, depression, post-traumatic stress, or a multitude of other disorders. Sexual masochism is slightly more prevalent in males and it is interesting to note that more people consider themselves masochistic rather than sadistic.

Sexual masochism doesn’t necessarily mean being alone.  Spanking and whipping involve partners, can be used in conjunction with bondage, and even bring forth a little role-playing. Cutting, burning, and hitting can also occur in the context of role-playing. In the explosion of erotica romance, these practices are sometimes written about, in detail, and with a HEA ending. BDSM themed books are in demand and usually top the best-seller lists. But writing a believable book is important...and difficult if one doesn't truly understand or "get" the culture. It is important to relate the emotion in masochism, to make the reader feel the power behind it.

Can a woman who has an abnormal fear of blood and a man who cuts himself ever find happiness?  Or are some pains too deep to overcome?