This excerpt comes from a WIP that is more idea than actually plotted out, but the main character Bishop Cain keeps bugging me to write his story.  (I think he's anxious to claim his lady love!)

I've always been fascinated with where the mind can take us, and what is more romantic than a past life love?  If one believes in the notion of love at first sight then something has to be ingrained in our DNA, doesn't it?  I've already written one past life love story for the Dreams & Nightmare Anthology, but this one, titled Recover Me, will be a little more visceral.


At that moment, a bell dinged, alerting the spectators that the matches were getting ready to start.  This wasn’t the organized shit seen on television.  These fights were down and dirty and people bet huge amounts of money on them because anything went.  There were no referees.  Two men entered and one man dominated, and if the unlucky prick who lost happened to lose died of a consequence then so be it.  The prize money drew in contestants looking to make a name for themselves and only the best survived.  Watching the carnage was interesting, entertaining, and the brutality called to some latent warrior inside him.  He’d never get into the ring, but only because he made more money protecting the Boss.  It didn’t stop him from wanting to get inside the cage and bust some heads as the testosterone took him into a blood-fueled high.
Yet none of it registered this time as he looked at the girl.  She managed to fell him with one wide eyed glance from her pretty brown eyes.  The lights dimmed and suddenly he couldn’t see her.  She’d faded instantly and panic surged through him.  His hands closed into fists and every instinct in his body urged him to go find her, protect her.  Only his loyalty to the Boss held him back.
“Bring her to me,” the Boss ordered.
Bishop glanced down at him, surprise and suspicion suddenly streaking through his gut.  The only time the Boss ever wanted a girl was when he wanted to fuck her, and Bishop wasn’t sure he could stand by and let that happen.  He didn’t know her, and yet, his protective instinct surged immediately.
“Did you hear me, Cain?” the Boss demanded.  “Bring her to me.”


Bishop nodded and had one of the other bodyguards, Salvatore, take up his position as he left the private box.  He’d worked for Sherman Groto practically his whole life, starting when he tried pick pocking the man when he was a kid.  The up and coming mob boss had liked his audacity and spunk and had hired him as a runner.  Bishop had clawed his way up the proverbial ladder until he’d become Groto’s main bodyguard.  It had helped that once he’d hit puberty his body began filling out as he’d grown over six foot.  Through the years he worked to put on the muscle as well as developed his fighting skills.  Once he’d proven himself, he’d become invaluable to Sherman Groto.
And never once, in all those years, had he ever questioned the Boss’s decisions.  Bishop had long ago lain to rest his conscious and morals, but now, with one command, he was ready to defy the one man who’d given him a purpose in life.
+++++++++++++++++++++++++++++++++++++++++++++++++++++ 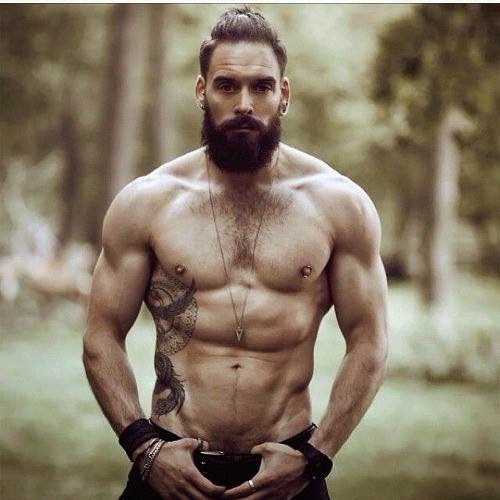 This was my inspiration for Bishop Cain.