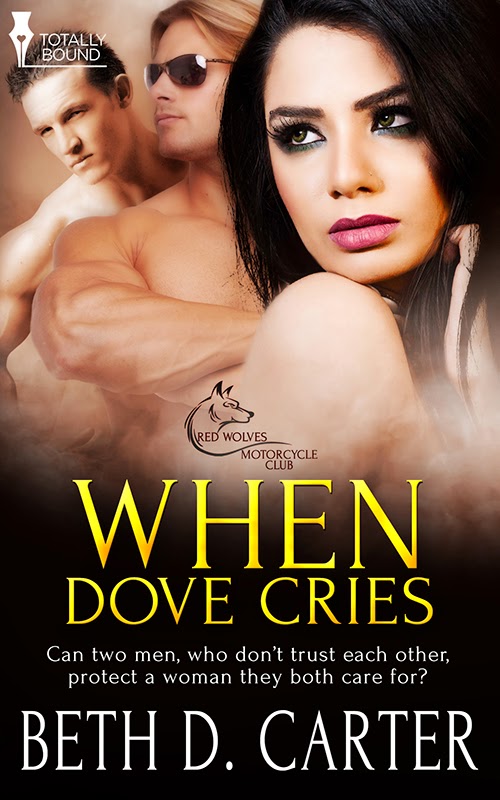 
Cade wants more than anything to tell Draven that he wasn’t the one who killed his cousin, but he can’t reveal the truth so he has to live with Draven’s hate.  When the two men find a woman half dead and bound with zip ties, they both feel a need to protect her.


Dove Aldrin is a sensitive young woman who had been abducted and held prisoner for a long time.  When she escapes, she falls into the path of two men determined to help her and find the man responsible.  What she didn’t count on was falling for both of them.  How can she pick one over the other, especially when they can’t stand each other?

And don't miss out on the first two books: Along Came Merrie & True North (coming in March)
https://www.totallybound.com/author/beth-d-carter

***I am giving away one ebook copy of Along Came Merrie (Red Wolves MC Book 1)!
SEE BELOW
All you have to do is a leave a comment & a way to contact you! One winner will be chosen at random Monday, February 2nd 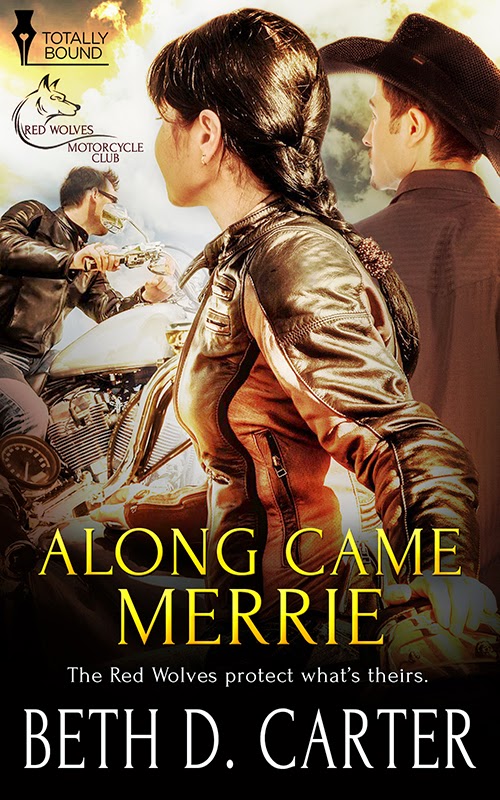 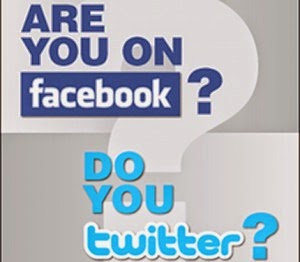