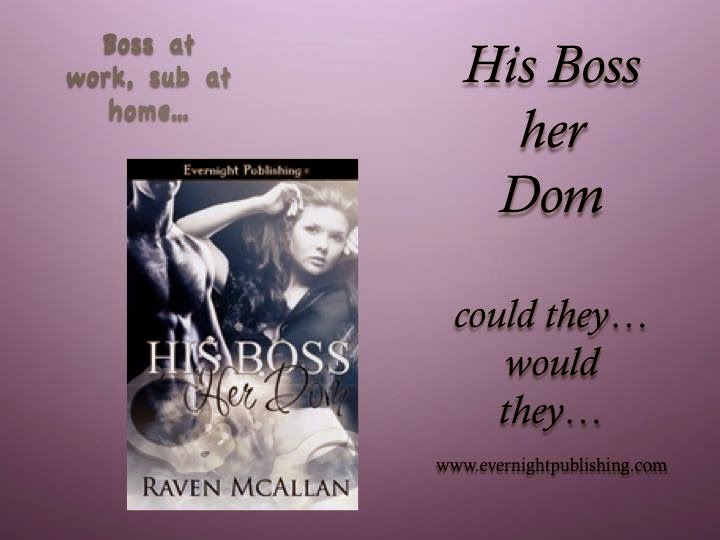 Thank you for inviting me. I love visiting people, and I'm really excited about His Boss, Her Dom.

A) I open my laptop. Seriously, that's it. I'm incredibly lucky, my Dh bought me a MacBook Air because I have fibromyalgia and an ordinary lap top was too heavy. Mac ( original huh?) goes everywhere with me (almost) And I can write anywhere. Long haul flights, the study, in the garden with wine, hotel bathroom…(if it's the middle of the night and I don't want to wake Dh up), You name it, and if I can sit down and see the screen, it works for me.

Quite a lot I guess. I like to set books in places I know and love. That's why a lot are in The Trossachs in Scotland, or South Devon in England. And I have one set in Hong Kong coming out soon.

His Boss, Her Dom is losely set very close to where I live. Okay, I've moved houes about, but I know which bit of forest goes past Eva's house.

I find I talk things over with myself, weirdly, I think now, how would I answer… I don't always agree with myself for the book though…And I'm always happy to pick people brains. My local postmistress was a great help here.

I'm all over excited here. I'm about to sign a 2 book deal with one publisher, (I'm being cagy until I sign, but it’s so fantastic. They've said what they want for the first book,it's a Regency called Find The Lady, but basically I can write what I fancy for the other) and I have four more books in a Regency Series to complete for Breathless Press. They have the first two (Moon Curse series) Plus two more of my Diomhair series for Totally Bound. Then, (yes then lol) I have two other series I want to complete for Siren (The Dommes of Ballingal and the Wolfes of Kinfolye) And some more Dommissimma for Evernight. That'll keep me going for a bit, I reckon. snigger 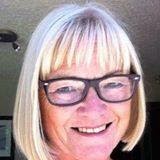 A multi-published, best selling author of erotic romance, Raven lives in Scotland, along with her husband, in a house much too big for them—their children having flown the nest—surrounded by beautiful scenery, which inspires a lot of the settings in her books.
She is used to sharing her life with the occasional deer, red squirrel, and lost tourist, to say nothing of the scourge of Scotland—the midge. As once she is writing she is oblivious to everything else, her lovely long-suffering husband is learning to love the dust bunnies, work the Aga, and be on stand-by with a glass of wine.

Well what can I say?

I'm growing old disgracefully and loving it.
Dh and I live on the edge of a Scottish forest, and rattle around in a house much too big for us.
Our kids have grown up and flown the nest, but roll back up when they want to take a deep breath and smell the daisies so to speak.
I write in my study, which overlooks the garden and the lane. I'm often seen procrastinating, by checking out the wild life, looking—only looking—at the ironing basket and assuring tourists that indeed, I'm not the bed and breakfast. That would mean cooking fried eggs without breaking the yolks, and disturbing the dust bunnies as they procreate under the beds. Not to be thought of.
Being able to do what I love, and knowing people get pleasure from my writing is fantastic. Long may it last.