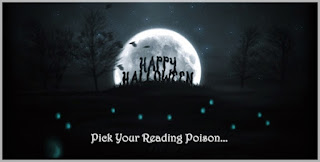 Charlotte Perth is all about sass because her job reminds her all too well the limits of human life. She’s clairvoyant, but her gift is unique. She can only summon murdered souls and interprets the visions they send her. (trilogy, MF & MFM pairing)

Tristan Todorov was cast out  of the school of magic and now travels alone through Eastern Europe offering discreet services as an unlicensed magician. In Prague he’s been invited to investigate a suspicious series of suicides, he’s about to meet someone who will make him remember the darkest secret of his past. Will a night of lust soothe Tristan—or will it stir up something evil and dangerous, something he’s tried so desperately to forget? (MM pairing) Buy HERE

Since it’s a party at the end of October, single dad Ford Meyers makes an honest mistake in thinking Officer Jennifer Haynes sports her sexy cop uniform in the spirit of Halloween—not for duty. Jen’s thrilled that she can officially break the ice with the tempting gym owner in her neighborhood. But how to approach him off the clock is another matter. One more trick brings them closer together, and it’s up to them to risk focusing on the treat of becoming intimate, or staying hindered by the obstacles in their way.(MF pairing)
Buy HERE

In 1956, the Midsummer Theatre—Noble, Maine’s most popular playhouse—closed after the daughter of the owners was murdered. Unfortunately, her killer was never found. The owners did not want the theatre opened again, but when the theatre passed into the hands of their grandson, he decided that it was time to renovate and reopen. But the ghosts of the past don’t just fade away. (MF pairing)

How can a man love a succubus without literally losing his heart?
Alpha Protector Max almost died during his last mission to Lust’s hellish lair, but the worst torture was his failure to save Eva, a young woman who begged for his help. When he meets her again in Spain, he discovers two things. One, she is his mate. Two, she is also a succubus (MF pairing)
Buy HERE

Gifts are not always welcome…
The accident which claimed her husband’s life left Dana Chambers with a unique ability.
Gifts are not always beautiful…
A long ago promise puts Alex Kelly in the reluctant role of guide and protector.
Gifts cannot always been returned…
270 years of life is more than Joseph ever wanted, but the long road may have just become a bit more interesting.
For some gifts are destined to evolve (MF pairing)

Rowan O’Herley figures the old tavern bequeathed to her by her uncle is a chance at a fresh start. When otherworldly presences begin to make themselves known, she soon realizes she inherited much more than just a 200 year old building. For some vengeance is powerful beyond the grave and can only be satiated when it is steeped in blood… (MF pairing)
Buy HERE

Jesse’s never stayed in one place for very long. Being a lynx shifter, he enjoys a solitary life. Then, like a bad joke, the lynx shifter walks into the bar to listen to a cover band. The singer isn’t anything he expects, but everything he desires. But can a human and shifter make a relationship work? There’s no guarantee the twosome will go beyond the bedroom, but Colin’s willing to try. Can the loner really find a mate? Will his mate be everything he craves? Or will the human run the other way?  (MM pairing)

Leave your name and a way to contact you for a chance to win this cute little bat pin! A winner will be chosen at random this evening! 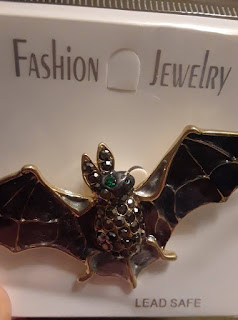