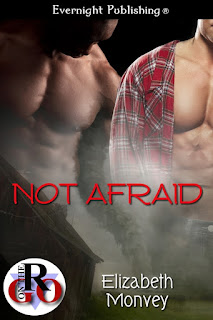 I had a vague idea of what I wanted to put in this book, but the two characters definitely took it into a different direction. I wanted to write a book about an interracial couple, and setting it in the confines of a southern town just added that extra layer.

The reality of the tornado. I needed to see if it was possible to survive one, and surprisingly, there are two documented cases of men looking inside the vortex of a twister, and living to tell the tale. I did a lot of research on that.

I think the overall way I write. Just getting better at showing not telling, active voice rather than passive.

Yes, I do! And I think this cover has a wonderful image that draws the eyes.

Just stick with it. Sometimes you have an easy writing day, and sometimes the words aren’t there.

“Were you really going to turn me away?”

“It was Mrs. Brumthal, Leigh. Of course I was going to turn you away.”

And then Augustus reached out with his big, beefy hands and pulled him flush against his body to claim his lips in a deep, penetrating kiss. Raleigh reached up to hold on as Gus licked and sucked on his tongue, fusing them in a way that made his dick hard as steel. It was always like this with Gus, always this raw and powerful and hot. Christ, Gus was the sexiest thing on two legs, and Raleigh always sported a boner within two seconds of laying eyes on the man. When Gus tried to break the kiss and come up for air, Raleigh practically attacked him back, throwing himself into the hard, muscled body. Gus’s arms hit the evenly stacked paint cans and knocked all them off their perfectly set row.

“Three fucking days, Gus,” he said roughly in between nips and licks. Gus moaned at Raleigh’s attention. “I’ve been jacking off with mental images of you for three days.”

He sank to his knees in front of Gus and worked on getting his jeans undone. He carefully eased the zipper teeth over the straining erection and some white boxer briefs poked out, barely able to contain the large girth pushing against them.

“I’ve dreamed of this cock, of tasting it and sucking it,” he murmured as he yanked the jeans and underwear down far enough to ease out the huge dick. It was a bit darker than Gus’s skin, and the head was bulbous over a long, thick shaft. Gus’s balls hung, large and heavy. Liquid dribbled out of the tip like crazy, and his mouth watered, so he leaned over and licked.

“Holy shit!” Gus panted. His fingers sank into Raleigh’s hair to either hold him in place or direct his movement. Raleigh didn’t actually care. He was too happy sucking on Gus’s cock to really think about anything else.