Sizzling Summer Bloghop...Two are Better than One

(Technically, the term of three or more people in a relationship is polyamorous but somehow the term ménage stuck.  So, for the sake of this article, I’m sticking with it.)

My mother raised both eyebrows at me when I told her I wanted to write a ménage love story.  Why? she asked.  Because it’s hard to write and I love a challenge.  She gave me one of those yeah, right looks.

Most would-be erotica romance nay-sayers probably would snicker at that because, after all, how hard could it be to write three people getting it on?  But they’d be ignoring the most import word of that statement…romance.  Now romance between three people has to be believable, at least for me it does.  I do admit that I have a ménage or two out there that I wrote early in my career that seems a little too insta-love, but as I began to read more, learn more, I came to love the complexity of having two alpha males vying for one female.

Male testosterone can be a bitch, so when you times that by two, there’s going to be uncertainty, jealousy, pounding on the chest, and pissing on legs.  Issues have to be dealt with for that happy ever after.  In my ménage book, True to Her Heart, I took a funny stance where the heroine, Molly, falls for two men while on vacation in Paris.  But these men happen to be best friends.  The twist?  Neither of them realizes they’re seeing the same girl.  Oh boy, what a naughty girl shy little Molly turns out to be.

Often, to make the ménage work, the author will have the two men either be best friends or related, establishing that back story right out of the gate.  I’ve done this a lot myself.  But recently I decided to push the concept a little.  I recently finished a book (that is tied up with a publisher right now…fingers crossed!) where the two males do not trust each other at all.  One thinks the other killed his cousin.  But they come together for the safe of the heroine, so finding a middle ground on such a slippery slope made writing it a challenge.  You can’t have hero #1 threatening hero #2 and then the next scene willing to share a girl in bed.  Above all, there has to be believability.

That’s the key in any good ménage book.  Believing it.  You have to answer the question: why are they willing to share?  Because ménage should be complicated, heartfelt and downright sexy.  If you add those three, you’ll have a winning combination! 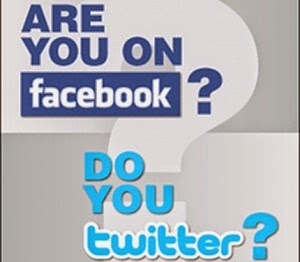