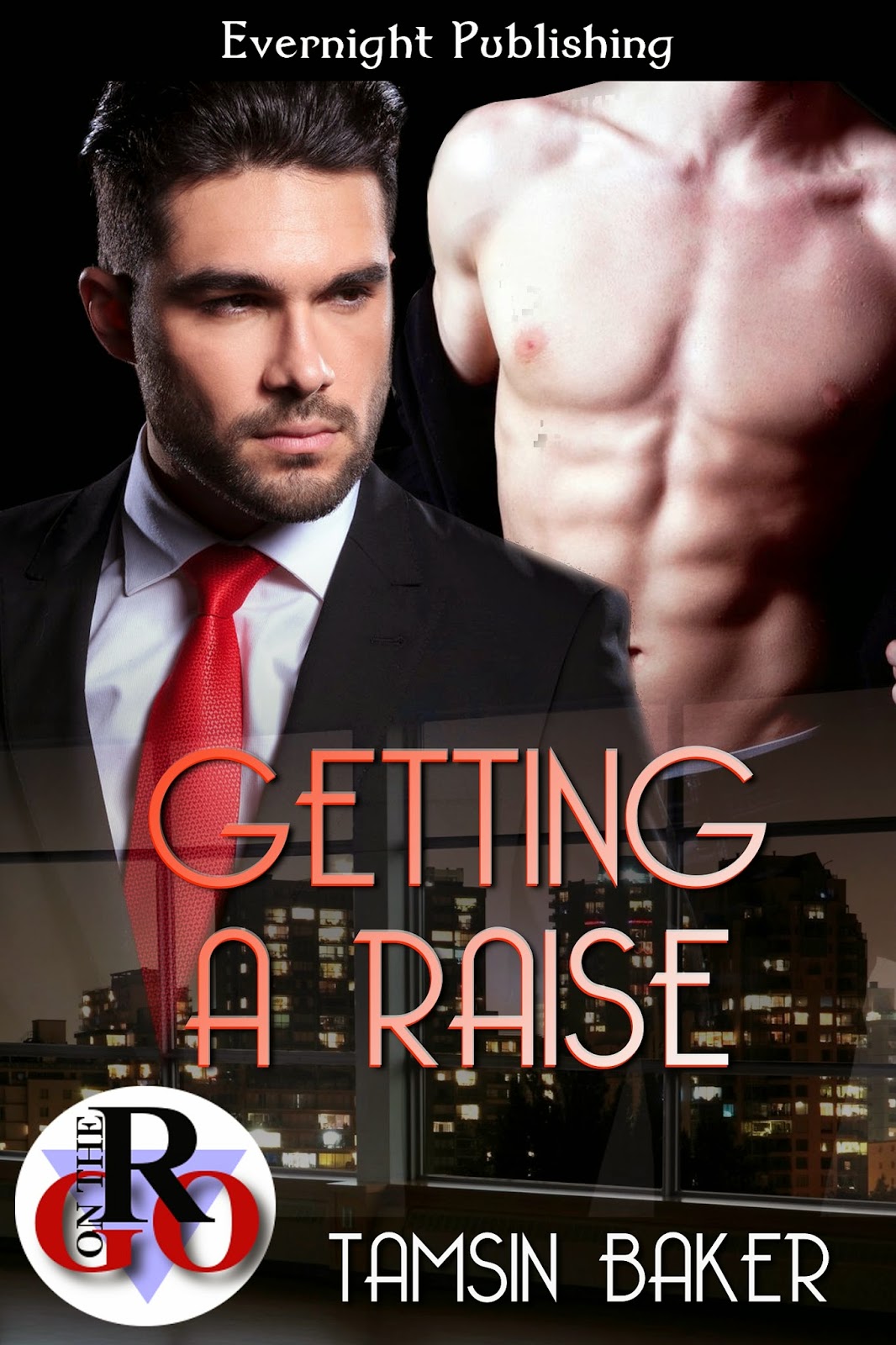 Hi Tamsin!  Thank you so much for visiting Written Butterfly with me today! I must admit, I have stared at your cover for a long time!  LOL!

Thanks so much for hosting me on your blog today!
I’m super excited about my first real Evernight release of the year.
A short m/m that I just adored writing and hope you guys enjoy it too.

Well, this story was originally written for an anthology, so the dynamic was already written in a sense. The executive assistant being in love with their boss. Nick and Tayte were born out of what I considered good fits for that. The gorgeous, hard working, dominant boss and the adoring, smart and utterly lovely assistant. The fact that they are two hot men just make it so much better.

Hmmm, probably just the habit of writing when I want to, not because I have to. I get a scene in mind and go nuts, or I don’t. I love the passion that comes out of that.


Blurb:
Nick is the most beautiful, successful, amazing man—just ask his executive assistant Tayte.
Tayte’s been in love with his boss from the moment he set eyes on him. But two years working with him and Tayte isn’t even sure Nick is gay.
But it’s time for his contract evaluation and Nick wants to give Tayte more than just a raise.

Excerpt:
“Hey, Tayte.”
The insipid voice of Connor Turner bounced into Tayte’s brain and he suppressed the shudder that rose. He lifted his gaze and took in the spectrum of color before him.
“Hey, Connor.”
Connor, who was the assistant of Greg Scholl, the man just beneath Nick on the totem pole, flounced up and rested his hip on Tayte’s desk.
“So… found out if Nick is gay yet?”
Tayte forced a smile to his lips and sat up straighter in his chair. He didn’t know, much to his chagrin. Even if he did, he certainly wouldn’t be announcing it to the biggest gossip in the building.
“Not my business, Connor.”
Connor laughed and winked. “I’ll take that as a no. You know, they say Nick only wants male assistants because he has a super jealous wife at home who can’t handle the idea of him having a hot secretary.”
Tayte inhaled sharply through his nose and turned his smile up a notch.
“I haven’t encountered a wife, but that doesn’t mean there isn’t one.”
And it was true. Tayte hadn’t encountered any wives, girlfriends, no significant other at all. However, that didn’t mean anything, since Nick received a lot of calls on his cell, but after two years, Tayte was starting to think Nick was single.
But Hetero or Homo? That was the million dollar question.
“I have heaps of work to do, Connor, and I’m sure you do too.”
Connor giggled and stepped back, his hips swinging as he moved back toward the lift.
“Oh, I’ve been working since sunrise. You know how it is.” He winked and laughed, turning away without waiting for Tayte to respond.
“No, but you certainly do.” Tayte answered anyway, grinding his teeth in frustration for a minute. He hated those sorts of guys. He didn’t mind effeminate gay men. Hell, he’d fucked more than his fair share of them over the years. But guys that deliberately acted ‘gay’ when it wasn’t their natural disposition just pissed him off. Not to mention how much men, and women for that matter, who slept their way to the top, and Connor was a prime example of that, really grated on his nerves.
“Well, you can get in line behind me if you want Nick, Connor, because I’m not moving.” Tayte muttered to himself and scanned over his list of daily jobs. Wow. Lucky Nick was out of the office today, or he’d never get all that done.
He worked all afternoon, not stopping when everyone else left at five. He really should go home, but what was waiting for him there? Two idiotic housemates and a pile of dirty washing.
“You could actually go out. Get laid.” He muttered to himself once again, furious he wasn’t excited about another one-night stand.
But how could he be? Ten minutes with some random guy? Yuck, he’d had enough of that sort of life.
“You could, I’m sure.” Nick’s voice boomed through the foyer and Tayte cried out as shock had him jumping back from his desk, his heart leaping into his throat before settling to pound against his rib cage as he looked up at his boss.
“Fuck, you scared me.”
Nick walked closer, pulling at his tie and letting it hang on his shirt in a casual way.
“Why are you still here, Tayte? You’re young and beautiful. You should be out getting your cock sucked by some lovely little thing.”
Heat flowed up into Tayte’s cheeks and he glanced down at his computer, quickly shutting down all the open programs. He’d never heard Nick speak like that, and the crude words were turning him on in a shameful way. Nothing better than a man who could talk dirty.
“Ah, well, I had to finish a few things and I, ah, l…lost track of time. I’ll g…get out of your way and h…head home now though.”
Tayte was stuttering, but he couldn’t help it. He was as embarrassed as the day his mother had found him jerking off in the bathroom when he was fifteen.
“Don’t rush, if you don’t have to go. Stay.”