Hello, Nancy!  Thank you so much for visiting Written Butterfly with me today!  It’s such a pleasure to chat with you.  So tell me…

Q) How did you dream up the dynamics of your characters?
In And Never Let Her Go, my MC, Erin, is strong and independent and has decided to live alone after realizing something about herself that she feels no man will want. She’s sadly mistaken and learns she has more to give than the broken part of her. Slade is a man racked with guilt because of his love for his late brother’s old girlfriend. He never gives up on her and goes after her after the tragic event of his brother’s suicide. Slade needs to bring her a letter written by his brother after he finds him. He’s a former Marine, which gives him the strength to do this. I love writing intense characters and giving them depth.

Q) Is this book part of a series?  If so, can you tell us about it?
It is but as a standalone set in the same town (Town of Destiny). I write about different couples with intricate situations that’ll have you guessing to the end. I love adding suspense to my stories and getting the reader to turn the pages. I’m currently working on books 3 and 4 concurrently.

Q) Can you give a fun or interesting fact about your book?
And Never Let Her Go is set in my hometown Plainfield and have my characters sit at the outdoor cafés in our downtown. I love to work in the crazy weather we have here in Illinois and have used storms to help my couple along, especially tornadoes.

Q) What gave you the inspiration for your book?
Women or even men who don’t feel they’re good enough inspired this story. People who have deep flaws and conquer them, embracing their so-called brokenness and giving the gifts they do have. Erin and Slade conquer their flaws. The part where it’s an ex-boyfriend’s brother came to me because with old boyfriends, there was always that younger brother who had a crush on me, so wove that into my story, ha!

Q) Do you have any habits that get you in the writing frame of mind?
Not really. I just open my Word document and start writing. I’ve burned candles and cut my nails because I hate typing with nails, but mostly just see my story and get lost. I forget all time and space when I’m in that zone. Just ask my husband and kids!

Q) Do you plan all your characters out before you start a story or do they develop as you write?
I really don’t plan. A story will just come to me and I write that first scene. I write a soft outline to choose my characters’ names, ages, and backgrounds so I know who they are, but that’s it. The story I’m writing now I honestly feel is writing itself. I’m trying to keep up as fast as I can with the scenes that pour into my mind. I have no idea how it’ll end, but know it’ll be a happy ending and complete without any continuation.

Q) How much real life do you put into or influences your books?
The town is my real hometown, but the characters are fictional. In my recent release, And Never Say Goodbye, it is based on my husband’s job as an organ recovery coordinator. It’s based on his organization and how the process unfolds. He surgically removes the organs, so I needed his help for all the OR portions, so that book has a lot of factual information. There are sad donor stories in there that would happen in real life. Other than that, I think my characters are a mixture of me and people I know.

Q) What are your upcoming projects?
I’m currently working on the 3rd book, And Never Give Up Hope, and the 4th, And Never Close Your Heart, two very emotional stories consistent with my other two books. I like to go for the emotional gut of the reader plus give an intense love story with some suspenseful secrets. I’m hoping to get them published January/February. I believe fans of my Town of Destiny Series will be pleased with these new stories and will love my new couples, at least I hope! 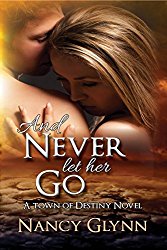 Eight years ago, Erin Donahue had it all--her own city apartment, a career in photography, and a man who'd do anything for her. But things change. Fate steps in. Now, living in the small town of Destiny, IL, Erin embraces her new life, free of hurting anyone else. She's all alone, and she likes it like that. Independent, strong...and broken. Until a handsome, divorced rancher drives up her lane and drags her back into a past she wants to forget.

A forbidden crush born long ago...

In Afghanistan, Slade Callahan tucks Erin into his dreams and his heart. Guilt plagues him for wanting her when she isn't his to want. She belongs to his older brother. But when Erin breaks his brother's heart, she never realizes she's breaking two. Honor keeps him from going after her. Discharged from the Marines, Slade moves on with his life and lets her go. Until tragedy strikes. His brother is dead.Found in his car with two letters...one to his wife--and one to Erin.

A letter full of hope and secrets...

Erin and Slade come together, fighting a love that won't let go. Tormented by guilt, shame, anger, and the need to forgive, walls slowly crumble. Setting off a firestorm of buried passions, they embrace the truth in the stars. But their journey is only beginning when the letter is read. Decisions must be made. Is Erin strong enough to accept herself and trust in this beautiful love, or will she repeat history with another Callahan man? 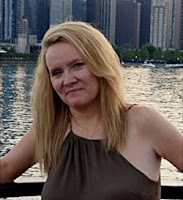