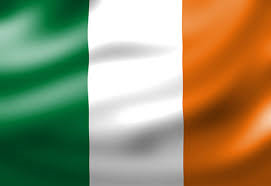 When I was growing up, I had always identified with my mother's side of the family. Every summer my mom, dad and I would drive from Missouri to Delaware and spend the time living with my grandparents. My grandmother, Julia, was full blood Italian. Her parents immigrated from Italy in 1912 and 1922 (respectively), processed through Ellis Island. I'd eat Italian food all summer, spend time with the gazillion cousins I had, and my grandmother would teach me card games and how to curse in Italian.

My father's side...well, that was a different story. Rumors said his side was from Ireland, but the family name (Cowsert) wasn't Irish. I tried to research my surname, but came up with that it was possible Germanic. Not Irish at all. It was hard to do genealogy back before computers because you had to write letters and buy birth or death certificates to find out any family member names. I only traced my father's line back to my 3X great grandfather, but only because I wrote to the Daughters of the American Revolution. At that point, I couldn't go back any further.

Years later I had a very odd experience. I studied pagan religions and went to a women's mediation retreat where drums lead us on a guided mediation. This was during Imbolc and I had this very vivid visual of Brigid. To say this was lifechanging is an understatement. Brigid blessed me, assured me I was watched over and loved...and when I came back from the guided mediation, I had tears running down my cheeks. I've never forgotten that moment, even though I had no idea what it meant at the time.

Once Ancestry.com took off I joined the search again to trace my father's line. I discovered my 3x great grandfather sailed from Belfast Ireland and came from the County Antrim. He had been born there and immigrated in the late 1700s with his family, including his brother and their wives, who were sisters. His surname was Cowsert and my 3x great grandmother was a Jones. Besides that, I was stuck again, but something monumental came over me. I suddenly realize why Brigid had visited me during that guided mediation. I was a child of Éire.

My next step is to one day travel to Ireland to take my research even further. One mystery remains is the fact that my surname, "Cowsert", is not at all Irish. Could it be a bastardization of an Irish name? Perhaps a Scottish name? Did my ancestors immigrate from Scotland or England to Ireland sometime in far past? When did the name change? And why? Currently I am awaiting DNA results from Ancestry.com. I have a fairly good idea what the results are going to be. After all, I've been researching my genealogy for thirty years. I have very strong English, Irish, Welsh and Italian roots. I'm not quite sure what the results are going to show me, but maybe having the confirmation will be enough. 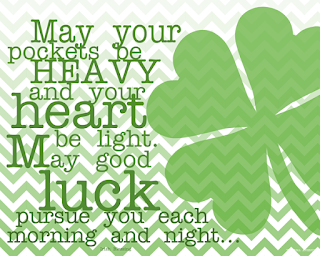