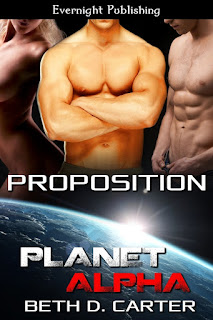 Series Blurb:
The year is 2050. Earth is quickly becoming uninhabitable. The seven continents are shrinking as flooding devastates the land masses. Crime and disorder are rampant among the dwindling human population.

There are only two safe havens in the galaxy capable of supporting humanoid life. Xyran is a world of power-hungry demons and Planet Alpha is home to a fearless warrior race.

The males on Planet Alpha need mates. Infertility has plagued their race for decades. The answer lies on Earth where tempting females are waiting to be saved. When their enemies attempt to claim the spoils of a dying world, only the strongest will get their prize.

This was my first book in the Planet Alpha series. When Evernight came out with the specs, I knew I had to write a book for this series, even if I was unsure of what the editors wanted. I also knew I wanted it to be a little different. In the first draft, Keirah and Geoff were going to a legitament auction. I got an R&R (redo & resubmit) with an editor's checklist of what needed fixing. One was the auction block. I changed it around and got an acceptance the second time around.

My favorite bands of all time was Linkin Park, and a lot of their music has influenced the emotions in my stories. As I listed to their song "Lost in the Echo", the lyrics mimicked a lot of what I wanted Geoff and Keirah to feel. I listened to the song over and over as I wrote "Proposition", hoping to tap into the music's poignant feelings.

The video is even interesting, set in a type of dystopian society. Check it out HERE

Lost in the Echo by Linkin Park

You were that foundation
Never gonna be another one, no.
I followed, so taken
So conditioned I could never let go
Then sorrow, then sickness
Then the shock when you flip it on me
So hollow, so vicious
So afraid I couldn't let myself see
That I could never be held
Back or up no, I'll hold myself
Check the rep, yep you know mine well
Forget the rest let them know my hell
There and back yet my soul ain't sell
Kept respect up,the best they fell,
Let the rest be the tale they tell
That I was there saying…

In these promises broken
Deep below
Each word gets lost in the echo
So one last lie I can see through
This time I finally let you
Go, go, go. 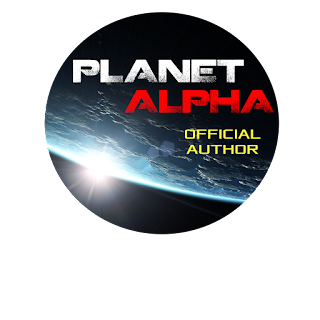