Topic Tuesday - Why do you want to write? 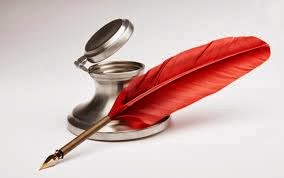 "Why do you want to write?"

This is the question for Topic Tuesday and we are asked to write at least 500 words.  Now, when I first saw this question I had an answer on the tip of my tongue: Because I have to.  It’s like asking a painter why paint.  Or asking a musician why create music.  With no disrespect to those creative mediums, writing is a completely different type of art that needs a specific brand of magic to come alive.  It’s easy to put words to page.  It’s damn difficult to make those pages come alive.

Like many authors I began reading at an early age and creating my own take of those stories.  I loved Encyclopedia Brown, Charlotte’s Web, and Superfudge.  When I was eleven I picked up my first romance, a Harlequin Presents novel titled Web of Silk by Yvonne Whittle.  It was set in South Africa and it swept me away with love and romance and happily ever after.  I knew at that moment that’s what I wanted to do, to create these beautiful love stories.

At first, I wrote for myself.  I am an introverted person so I relate better to people within a book rather than people.  Happily ever after makes sure I never feel the sting of heartbreak, betrayal, and rejection.  I dreamed up story ideas that benefited me, that made my ordinary humdrum life exciting.  I could travel to the Wild West, to South Africa, to England or be on a pirate ship with a swashbuckling handsome pirate with a heart of gold.

As I got older, the thought of being a writer for a living was like traveling to the moon.  Impossible.  I told my ex-husband once what I wanted to do and he laughed at me.  But despite that, I kept writing because 1) the character voices inside my head wouldn’t shut up and 2) I couldn’t not write.  I was horrible, of course, but who isn’t when they first start out?  I had moved into the world of fan fiction, mainly because I was into Star Trek and worked conventions.  Fan Fiction back then was printed booklets that cost $5.  That was my first taste of having people read what I created and it was a fucking rush!  I made no money, of course, but I didn’t care.  People were reading what I wrote!

I kept at it.  But now my marriage had crumbled and I moved to Los Angeles.  And then something amazing and wonderful was invented and it changed my impossible dream.  It was the Kindle.  Of course, I dismissed it, much like I did Madonna when I saw her very first video on MTV and thought she was never going to last.  Good thing I don’t like to gamble, eh?

In 2004 my boyfriend and I had lived in Paris (France) and it was during that time when I wrote my first erotica novel, Black Leather Pants.  It wasn’t an erotica romance at first.  I had no idea what that was until I read a Maya Banks book, but after that eye opening revelation, I knew what BLP was missing, so I rewrote, took a chance and in 2009 Siren accepted my book for publication.

Now, the stories are crowding my brain and I have a whole list of “story ideas” in my computer files.  Now that I’ve finally found my path, the voices are screaming to be written.