A Chat with Jaqueline Snowe! 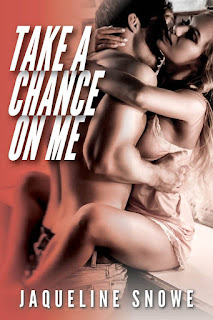 Hello Jaqueline!  Thank you so much for visiting Written Butterfly with me today!  It’s such a pleasure to chat with you.  So tell me…


Kate and Brody were characters that sort of jumped out at me. They are so obnoxiously proud of who they are, unique, complicated, and fun…it was easy to dive into writing their friendship and the slow progression of blurring that line. I think that’s why this story, Take a Chance on Me, was enjoyable to write. Their banter and exchanges were natural, so when their relationship went from friends to something more, it was easy. I mean, they are both young, attractive, and stuck living together for a couple months. Just throw in some tight clothes, some alcohol, and a dare…it’s really a wonder they didn’t hook up sooner.


What’s kind of interesting—and cool—about the job Kate has in the book is that a lot of my friends (and husband) actually work for a major league baseball team. It was tricky trying to be accurate with Kate’s job as an intern but also vague enough for the team in the story to be fiction. What I can say though, is that they work their asses off.


I love doing character questionnaires before sitting down and writing the story. I use the same one that has about 30 questions ranging from favorite TV show, to biggest regret, to favorite guilty food. This helps me figure out who they are. I always know how the story begins or ends, but, the quirks and the things they say all are consistent with their persona. Like Kate and how she’s a messy eater and can’t cook or how Brody uses flirting and humor to avoid serious situations or how his only soft spot is worrying about Kate or his mom.


I would love to write an entire world of characters, following the lives of couples and their friends. Marie Force does an incredible job doing this with her series and providing little snapshots of previous characters and how they are progressing in their lives.  Kate and Brody are surrounded with friends that scream for their own story. Brody’s teammates, Kate’s co-workers… even the rival Brody has a huge issue with provides the perfect backdrop for a story. My goal is to continue this world as much I can. J


I’ve been on a huge Young Adult Romance kick recently. The young love, the excitement, the rollercoaster of emotions after surviving the first heartbreak. The high school setting with all the tropes is so much fun. The fake-dating trope is my favorite to write so my current project focuses on two people totally wrong for each other and how they need to ‘fake date’ for a couple months to avoid a scandal.


Blurb
Kate Zell and Brody Carlson have been best friends since elementary school. Their relationship had always been easy. Both of them loyal to a fault, they had been there for each other through everything: heartbreaks, hangovers, and tragedy. So when Kate needs a place to stay for three months, Brody doesn’t think twice about agreeing. After all, they had known each other forever. Would could go wrong living with his closest and oldest friend?


Apparently, everything. Three months in a small apartment becomes more than complicated. Brody shouldn’t be attracted to his dorky best friend…he most definitely shouldn’t. That would be absurd. She’s a relationship girl and he’s more a one-night-sans-clothes kind of guy.

One drunken dare of strip poker changes everything. Suddenly, two people with too much to lose play a dangerous game. The unapologetic playboy and the girl-next-door have a choice to make, if only their pasts didn’t keep getting in the way of their future.


His biceps must’ve outweighed mine three to one—did he double in size? His shorts displayed strong, ripped legs that would seem too big if they belonged to anyone else. And what’s with that hair style? Buzzed on the sides with a wavy, longer part on top? Anyone else, it would look stupid. But on him, cool. I shook my head, my mood already better. Shit, I’d missed the guy. He saw me, and his face lit up.

He squeezed me tight, the air leaving my body for a quick second. I laughed into his chest, inhaling a subtle, masculine scent, and winced, hoping the lavender deodorant didn’t fail me. “Brody, you’re going to break me.”

“Deal with it. I missed you, punk. It’s good to see you.” His tall frame made me feel about two feet tall. I thought about pinching his side to have him stop, but he set me down.

I pushed him away, my grin taking up half my face. “Hey, stand there for a second and look pretty.”

Ah, a look I had seen many, many times. Whenever I confused him or had an asinine idea, those brows joined as one and looked like a caterpillar.

“Just do it.” I pulled out the picture I’d ripped from the magazine. “I’m comparing before I get your autograph and sell it with the description of true to life. Hey, don’t judge me. I have student debt. I need the moolah.”

He glanced at the picture I held up. “God, you’re a dick.” 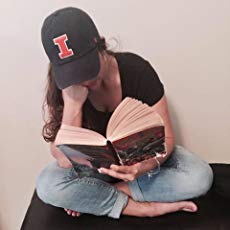 Jaqueline Snowe lives in Arizona where the “dry heat” really isn't that bad. She enjoys making lists with colorful sticky notes and sipping on coffee all day. She has been a custodian, waitress, landscaper, coach, and a high school teacher. Her life revolves around 200 high school kids, her two dogs who don't realize they aren't humans, and her wonderful, baseball-loving husband.

Visit http://www.jaquelinesnowe.com/ to find out more about the author and her writing. She loves to hear from readers—so don’t be shy, send her a message!

Interested in hearing more from this author? Go to bit.ly/2IUTOVc to join her newsletter!