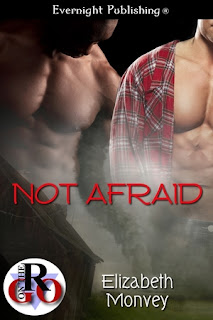 Raleigh Hewes has known Augustus Rains his whole life, and for the past year they’ve been lovers. They’ve kept it a secret because Gus is afraid of what people will say. Not only are they a gay couple in a small town but he is black and Raleigh is white. Raleigh wants to be out and proud, but Gus is concerned since both their businesses revolve around the local market.
After an argument, Raleigh has doubts that their love can last because he’s tired of hiding their relationship. When a storm sweeps over his farm, he’s caught in the eye of a tornado, and Gus races frantically to find the man he loves.
The danger has put into perspective his fears and Gus decides not to be afraid anymore. He just hopes it’s not too late to lay claim to Raleigh’s heart.


I knew where I wanted the story to go, so for this one I did a strong plot outline. I wanted to show that even in today’s modern and civilized world, there is still prejudice between interracial couples. I also wanted to include a tornado, so it was interesting researching how to do that.


Yes, definitely! A writer should always be learning how to fine tune his or her craft. I constantly read and listen to my editors so I’m constantly refining my craft.


3.       Do you believe a book cover plays an important role in the selling process?


This is one career where a book is definitely judged by its cover! I loved the cover for “Not Afraid”.  I like how the tornado twisting between the two men is the visual division between them.


And then Augustus reached out with his big, beefy hands and pulled him flush against his body to claim his lips in a deep, penetrating kiss. Raleigh reached up to hold on as Gus licked and sucked on his tongue, fusing them in a way that made his dick hard as steel. It was always like this with Gus, always this raw and powerful and hot. Christ, Gus was the sexiest thing on two legs, and Raleigh always sported a boner within two seconds of laying eyes on the man. When Gus tried to break the kiss and come up for air, Raleigh practically attacked him back, throwing himself into the hard, muscled body. Gus’s arms hit the evenly stacked paint cans and knocked all them off their perfectly set row.


“Three fucking days, Gus,” he said roughly in between nips and licks. Gus moaned at Raleigh’s attention. “I’ve been jacking off with mental images of you for three days.”


He sank to his knees in front of Gus and worked on getting his jeans undone. He carefully eased the zipper teeth over the straining erection and some white boxer briefs poked out, barely able to contain the large girth pushing against them.


“I’ve dreamed of this cock, of tasting it and sucking it,” he murmured as he yanked the jeans and underwear down far enough to ease out the huge dick. It was a bit darker than Gus’s skin, and the head was bulbous over a long, thick shaft. Gus’s balls hung, large and heavy. Liquid dribbled out of the tip like crazy, and his mouth watered, so he leaned over and licked.


“Holy shit!” Gus panted. His fingers sank into Raleigh’s hair to either hold him in place or direct his movement. Raleigh didn’t actually care. He was too happy sucking on Gus’s cock to really think about anything else.