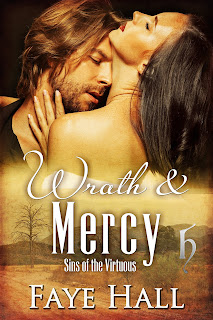 The two main characters from Wrath & Mercy, Finley and Elina, were dreamed up from the struggle lovers went through when being torn from each other and moved to live in a new country.  The struggles they go through are heart wrenching and so very relatable.


It is!  This is book number 5 in the Sins of the Virtuous series.  My idea for this book was to concentrate on the seven deadly sins of wrath and the virtue of mercy and how they each affect people and their actions.


When Finley comes to Australia, he takes ownership of a cattle station near Phillip’s Creek in Jarvisfield.  Such a cattle station actually exists and I used to live opposite it for a few years.


I like to think my strongest asset is my ability to put so much actual historical facts from North Queensland into my books.  My weakest factor is writing a synopsis – I’m hopeless at them.


I hope I write what readers want to read, but I mainly write the kind of stories I wanted to read in my younger years.  I also try to involve storylines that are a bit more forbidden in the era they are set.


I only plan basic features like hair and eye color.  The actual personality of the characters develop as the story does.


Both.  Each book I write, even those in the Sins of the Virtuous series, are stand-alone books, but all of my books are linked together by area settings and minor characters.


I still have two books left in the Sins of the Virtuous series and then I want to try and self publish a couple of books containing some stuff I wrote in my younger years.


Would you show mercy to the lover who deserted you?


Finley Helmer thought he had it all when Elina invited him into her bed.  He thought he found passion and love beyond compare.  Instead he was thrown into a life of smuggling black opals, drugs and aboriginal slaves.  When he was charged with murder, he fled town to escape the charges, vowing to return and ask his lover why she’d handed him over to the police.

Elina Clemence was ripped away from her home and the man she loved and brought to Australia to start her life anew.  Her father promised her beauty and opportunity.  What she found was a cruel and abusive business partner, and a step-daughter who wanted to destroy her.

Despite the constant accidents following her and threatening her life, Elina sets herself up as a profitable shipping tycoon, with control over most of the towns supply.  Despite her powerful position, her heart still ached for the man she once loved who disappeared from her life without a trace.

Finding themselves passionately reunited, Finley and Elina discover the cruelty that tore them from each other.  As they search for answers, they uncover the unrelenting wrath and vengeance of an opium addict who will stop at nothing until she has possession of the black opals she thinks they are hiding.

Will their love for each other allow them forgiveness, or will they fall victim to the horror that seems to be following them?


Elina went quiet, watching Fin’s attention return to the papers on the desk. She knew now wasn’t the best time to bring up her own concerns. Still, he needed to know.


“My father told me we leave for Australia as soon as he has our affairs in order.”


Fin looked up at Elina. “He told me before the funeral that he thought it best to take you as far away from here as possible. He believes what is being said about Ewan, and he doesn’t want those he dealt with finding their way back to you.”


Elina lowered her gaze to her lap. “Will you be coming with us?”


Silence surrounded them. Lifting her gaze to him and seeing his stern expression, she felt her heart sink.


“Archie has instructed me to stay here in England a while longer to finalize the last few shipments. It will be at least a few months before I can get my own passage to Australia.”


His words stabbed at her heart. “I don’t want to leave you,” she uttered, her voice laced with tears.


Getting up from his seat, he walked around the desk. His hands going to her, he helped her to stand. “I’ll join you as soon as I’m able. I promise.”


Her gaze held his as fear filled her. What if this was the last time she’d ever see him? The mere thought pained her.


“This isn’t goodbye,” he told her, his hand going to her face, his fingers stroking her cheek. “I won’t allow it to be.” 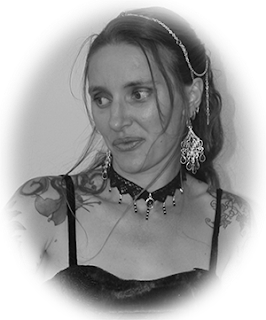 Faye Hall spent her early years listening to stories about the families – including her own – who settled townships in and around her hometown in North Queensland, Australia.  The local townspeople, including her own parents, told her stories of corruption and slavery, along with family secrets and forbidden love.


Desperate to remember what she’d been told, along with her already growing love of writing, Faye began to write about the history of her local area.  Never could she have imagined the history of her small home town in Australia would become a growing list of published books.


Faye’s passionate stories combine controversial subjects and provocative encounters as her characters struggle to survive the lifestyle in early rural townships throughout Australia.  She explores slavery and abortion, drug addiction and murder, as well as forbidden love and passionate affairs of the heart.


When she’d not writing, Faye enjoys sharing a bottle of wine with her husband in their ever-growing garden, and encouraging the varied interests of their combined family of nine children.


Explore the world of Faye Hall, Australian Historical Romance Author at her website below.