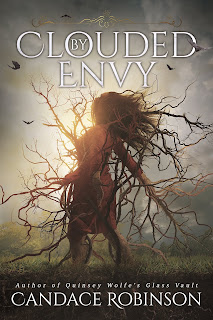 Hi Candace! Thank you so much for visiting Written Butterfly! So tell me...

I knew I always wanted to do twins with the Yin Yang factor. Basically light to the dark, and although one is envious of his sister, he still loves her in his own way.

It’s part of a series but each book is a stand alone! The companion book will take place years down the line with a new cast of characters! I’m so excited for both of them!

The MCs from Clouded by Envy are fairy-like creatures known as bats but not like our bats! They have bat wings and fangs and love peaches!

My strongest asset is coming up with unique voices for characters. The hardest is world building! I have to think a lot on that one!

For me, originality is key, even if I’m doing a retelling! And hopefully the readers enjoy that journey!

I have an idea of their personalities but doesn’t completely come out until I start writing it!

I would like to have each one stand on its own, like be memorable a bit for the readers!

I have a companion to Clouded by Envy titled, Veiled by Desire, which comes out in the fall! Then I’m also working on some secret projects!


Brenik has always been envious of his twin sister, Bray. Growing up as fairy-like creatures, known as bats, everything came easier to Bray. While Brenik spent his time in her shadows, never feeling he was enough. After escaping their world of Laith, and living on Earth for ten years, Brenik attempts to strike a deal with the Stone of Desire to become human. Though true humanity is not an option, he will accept the curse that will alter him to get as close as he can.

Living in a tree trunk for the past year hasn’t been easy for Bray, more so after her brother disappears again. When a human boy and his brother, Wes, find her, a new friendship is struck. Through Wes, Bray learns there can be more to life than waiting within a tree. But worrying over where Brenik has vanished to always remains in the back of her mind.

When Bray reunites with Brenik, she realizes she must help him break the curse after she discovers the need for blood is beginning to overpower him. The curse not only damages those who get close to Brenik, but it could also destroy whatever is blooming between Bray and Wes. 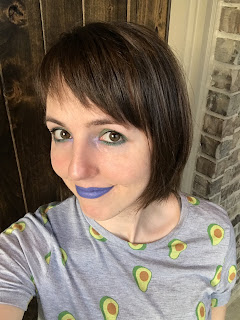 Candace Robinson spends her days consumed by words. When she’s not writing stories, she maintains a book review blog. Her life consists of avoiding migraines, admiring Bonsai trees, and living with her husband and daughter in Texas—where it can be forty degrees one day and eighty the next.
Social Media
Website: http://authorcandacerobinson.wordpress.com
Blog: http://literarydust.wordpress.com
Twitter: http://twitter.com/literarydust
Instagram: https://www.instagram.com/literarydust/
Facebook: https://www.facebook.com/literarydust 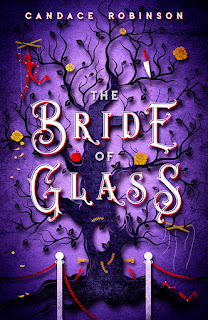 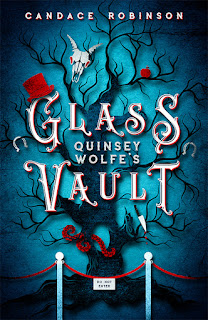 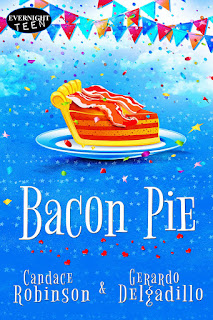 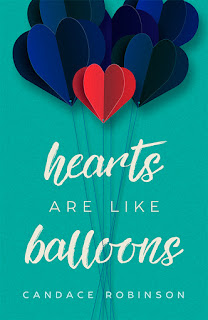