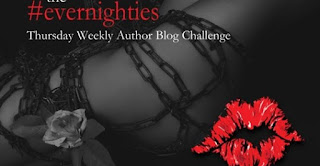 Second person?...I've never read this in the genre I write. I'm sure it's out there, I just haven't ever seen it. So I'm throwing that out.

I do want to point out (for non-writers) that along with writing 1st, 2nd, or 3rd person, there is also a tense. Past, present or future tense. I would say most authors write third person past tense...so saying that, as a reader, I don't mind reading first or third person. First is more common in Young Adult or New Adult, but there are many romance/erotica writers who write this. The most famous, of course, is being EL James' "Fifty Shades of Grey" series. She's done pretty well for herself. Whether or not you like the book, you can't deny the impact it had on the genre.

I once wrote two apocalyptic stories in first person, present tense...and that was one of the hardest things I've ever written. I've never shied away from a challenge but that was a whole different ball of wax. There had been a third book scheduled for that series, but I became disillusioned with the publishing house after the second book and never got around to write it. (publisher is now defunct)

But since those two books, I've written nothing but third person past tense. It's what, I would say, is the most popular for readers.
Posted by Beth D. Carter at 1:00 AM