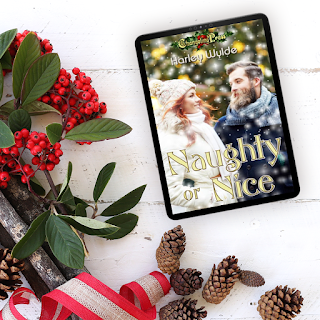 I originally started it about a year ago, then set it aside. I’ve worked on it off and on since then, but the big push to wrap up the last 18,000 words took about five days. I guess if I added up all the days I worked on it, it probably took me about a month, but some of those days were adjustments to what I’d written the time before. I write anywhere from 2,000 to 5,000 words in a day on average so it doesn’t take me that long to finish a first draft.

I try to write a Christmas story each year, even if it’s not one that ends up being published, but this year was a little different. With all my MC series, I knew that I couldn’t write a sappy, happy Christmas tale. It needed a bit more edge than that. I had to think about what sort of Christmas, and family, the top Assassin of the world would have. The story came together pretty quick once I reached the halfway point. Everything just sort of fell into place.

I’ve always loved to write. Even the writing assignments in elementary school were fun for me. But I remember my mother and her mom telling me that writing was fine for a hobby, but I couldn’t make a living at it, so I never really considered it as a job. It wasn’t until I finished a romance novel in my 20s that my husband and best friend told me I should publish the book, so I went on the hunt for publishers and how that entire process worked. And here we are … 11 years later, I’m still writing and it’s my full-time job now.

I work better with background noise. Whether it’s a movie I like or a playlist on my Amazon Music Player. The movie or music doesn’t always have to fit the mood of the book. I tend to pick things that I know so well that I’m not tempted to stop and watch the movie, if I have one playing.

My favorite classic Christmas song is a toss-up between Silver Bells and O Holy Night, mostly because I love to sign both of them. My least favorite is probably O Christmas Tree.

Naughty or Nice is about Casper VanHorne. He was first mentioned in Torch (Dixie Reapers MC book 2) and I knew right away that I would want to write his story at some point. He’s made a few appearances since then, and with each one, I grew more attached to him. Writing his story was a little bittersweet. It’s not the end of the road for him, and I’m sure he’ll stop pop in my other series from time to time, but there’s only one opportunity to write his book. I may, at some point in the future, write a short peek into what’s going on with him and his wife, but it still wouldn’t be the same.

We used to let the kids open one present on Christmas Eve night, then the rest had to wait for Christmas morning. However, my husband answers 911 calls and doesn’t have a set schedule, so he’s often working on either Christmas Eve or Christmas Day. I don’t let the kids open anything if he’s not home, so we don’t really have a tradition anymore except squeezing in the holiday when and where we can. We do try to put our tree up the weekend after Thanksgiving, but again, it depends on his schedule since it’s something we do as a family.

I have a few, actually. American Cancer Society is one I donate to multiple times per year, as my husband, mother, aunt, and two cousins have all battled cancer. My fingers are crossed my husband will be in remission when he goes to his next appointment.  I also donate to St. Jude Children’s Research Hospital, Wounded Warrior Project, and my Amazon Smile account is set to donate to my local library system through Friends of the Tipton County Library. 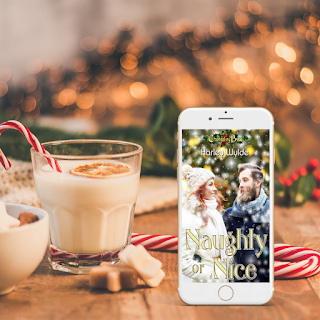 MORE ABOUT NAUGHTY OR NICE

My marriage is a sham. I’ve already loved and lost my one and only. Making Carmella Juarez my wife was the only way to save my daughter, but I never intended to stay married. A decade has passed, ten years that I’ve kept my distance, but now it’s time to set things right and free both of us.


I never counted on her being sick and nearly dying. Didn’t count on falling for her as I nursed her back to health. But it’s the Christmas season and what better time for miracles? My heart isn’t as cold and dead as I’d once thought. Carmella has brought me back to life, and now that I’ve had a taste of the tempting woman who wears my ring, I know that I can’t ever let her go. 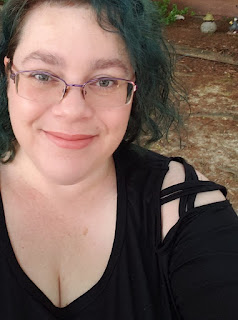 When Harley's writing, her motto is the hotter the better -- off the charts sex, commanding men, and the women who can't deny them. If you want men who talk dirty, are sexy as hell, and take what they want, then you've come to the right place. She doesn't shy away from the dangers and nastiness in the world, bringing those realities to the pages of her books, but always gives her characters a happily-ever-after and makes sure the bad guys get what they deserve.

The times Harley isn't writing, she's thinking up naughty things to do to her husband, drinking copious amounts of Starbucks, and reading. She loves to read and devours a book a day, sometimes more. She's also fond of TV shows and movies from the 1980's, as well as paranormal shows from the 1990's to today, even though she'd much rather be reading or writing.


You can find out more about Harley or enter her monthly giveaway on her website. Be sure to join her newsletter while you're there to learn more about discounts, signing events, and other goodies!

You can also find Harley on BookBub: https://www.bookbub.com/authors/harley-wylde