Holiday Q & A with Emily Carrington! 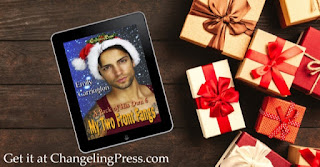 Hello & Happy Holiday!  Thank you so much for visiting Written Butterfly with me today!  It’s such a pleasure to chat with you.  So tell me…

My Two Front Fangs is Book 6 in the A Pack of His Own series, following the antics of a pack of werewolves who live near Buffalo, New York.

Oo! This is fun. Usually I roll a mental die and the first letter to occur to me is often the first letter of their surname. Then I try to figure out a first name that sounds good with the surname.

The hardest scene is always the last scene, not because it’s not all there for me to write already but because I dread the end of a trilogy or even a sextet like A Pack of His Own. I guess there could always be more books, but saying goodbye to characters I love is always difficult.


“All I want for Solstice is my two front fangs… so I can bite you on the ass.”

This is one of my favorite parts of writing fantasy: I only have to do research in my own books. I hate research actually. That’s why I didn’t become an English professor like I was planning ten years ago.

My outlines are very linear. Here’s what one looks like:

I absolutely do both. My newest ARC reader had read the first book in A Pack of His Own but not the interveneing books. I asked her to just read Book 6 and see if it stood alone. When she told me it did, I was thrilled. Although the SearchLight universe is a bunch of interconnected storiesI want any book to be a stand-alone. The exception ispicking up a book out of the trilogy “Wolf Schooled” because, in the first book, a dramatic event happens that needs to be understood to fully understand the second two books.

Oo! Favorite subject. I’ve just finished rewriting, for the tenth time, a novel I started in high school. It’s called “The Prince and the Painter” and it’s about two men who survive being stalked, attacked, and injured. It’s an HEA romance, but it is very dark.

My other project is still in the outline stage. It’s the third book in a contemporary romance about two gay men in a small town, one who’s blind and one who was molested by a pillar of the community when he was young. The first two stories take place when the men, Mike and Aidan, are twenty. The third installment, Heartwood 3: Yew and Thorn, takes place ten years later after they’ve been married for a decade and have started their own family. 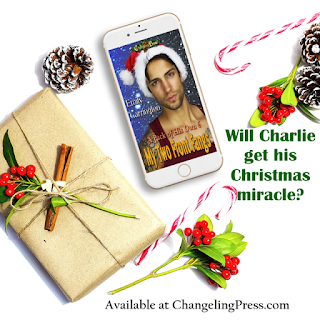 As the holidays approach, Luis and Charlie are looking forward to spending time together. But after Charlie’s mother commits suicide, a whole host of problems arise to threaten Charlie and Luis’s marriage. Can the healing promise of Christmas save them? 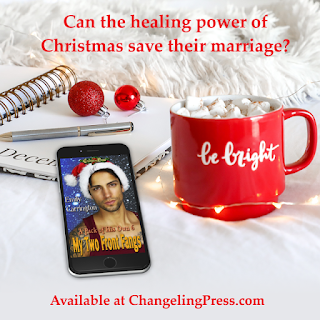