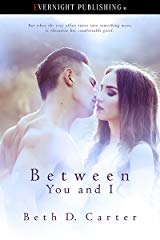 A broken engagement left Madeline Shawl feeling like a shattered woman. When she meets Hunter Calegari, he seems to be the perfect man for some friends-with-benefits action. But when the easy affair turns into something more, it threatens her comfortable grief.

The passion of the younger man nearly infects her until Hunter tries to articulate it with the three words she refuses to hear. When she pushes him away, wounding his heart, she finds her own broken all over again.

Still, Madeline struggles to leave the past and accept that when Hunter said, "I love you," he wasn't just speaking for himself.

Excerpt:
“I had a great time,” Hunter murmured.

Madeline wet her dry lips with her tongue. His head moved fractionally closer.

“Me…” She had to clear her throat from the huskiness coming through. “Me too.”

He smiled and their gazes met. Locked. She had this sense of free falling, just plunging head first into an unknown abyss. Had she ever felt like this with Kevin? With him everything had been easy. Simplistic. Nothing like what she was feeling now, with Hunter. He brought his hand up to cup her cheek, and she leaned into it, absorbing his heat. His eyelids narrowed a bit and his attention shifted to her mouth. All sorts of delicious tingles spread through her body because she knew he was going to kiss her. God! She wanted to kiss him back so much it was an ache deep in her gut. His head descended and her eyes fluttered shut just as the first touch of his mouth on hers brushed her lips. So gentle, like the dewy wisp of butterfly wings, and she wondered if he had kissed her at all.

And she wanted more. 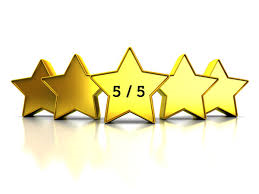 Reviewed in the United States on September 2, 2016
Verified Purchase


Beth D. Carter has crafted a tale that is full of hope. Madeline may have had her heart broken and her dreams shattered, but through her new friendship with Hunter, she's given a second chance. Despite her fears over developing anything serious with the younger guy, Hunter pursues her and proves that not all men are insensitive jerks. I loved the instant sparks that flamed between them and the way he always put her first. It was a sweet story, and one I will probably read again.