Hello Bonnie!  Thank you so much for visiting Written Butterfly with me today!  It’s such a pleasure to chat with you.  So tell me…


NEVER RETREAT combines characters with very diverse backgrounds, from the military and the corporate world to Latino. The characters and situations in my books resemble the path of my own life, indeed of most people in the USA. So I researched the military in the middle east, life in corporate America, how helicopters function, making and roping with a cowboy lasso. The most extensive, as well as heart-breaking, was flash floods. History Colorado keeps a number of oral interviews with survivors from the first Big Thompson flood in their library. I listened to them, usually winding up in tears. People were swept down the river to their deaths in their automobiles, their headlights still on, singing and praying together. I didn’t include that because it was too sad.


Q) Do you have a favorite book you’ve written?


My favorite novel is one I haven’t been able to place yet, THE COMPANY OF OLD LADIES, in which two old ladies take in a young Asian man with money and immigration problems. Should they or shouldn’t they? How trustworthy is he? It’s pretty much an off-the-wall premise, but I adore the characters because they’re based on people I know, including my adored mother-in-law who, sadly, passed away some time ago. She was a model for maintaining enthusiasm for living right until the end. I simply haven’t been able to find a publisher probably because it’s too unusual and low-key. And I’ve resurrected a sci fi novel I began 35 years ago, set 200 years in the future, called EMANCIPATION, which ultimately discusses freedom and its responsibilities.


I start with jotted notes, then insert times and sequences, keep adding notes and ideas, clean up an outline, go back and rewrite, then do it again and again. I’ve taken notes and made observations to myself since I was ten and have thousands of scraps of paper, computer files, and filled tablets. Not infrequently I can’t remember what a scribbled note means. Such as this recent entry:

These were all written down at the same time, during a trip to Oregon with Road Scholar, but I have no idea why. No wonder it takes me years to write a book.

A feisty single mom clashes with an ex-military, macho corporate star at a business retreat in the wild Colorado mountains, where only one can win a huge prize. But when a massive flood imperils
their love and survival, they learn the meaning of true partnership. 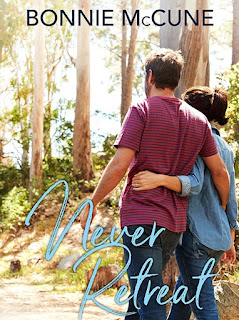 Years ago, Ramona (‘Raye”) Soto faced harsh reality when a roving con man knocked her up. Now at thirty-something she’s concentrating on her career in a major telecommunications firm and funding college for her teenaged son. Enter Desmond Emmett—a fast talker and smooth operator. New to the office, the ex-serviceman possesses every negative quality for a guy Raye should avoid.

Thrown together at a corporate retreat in the wilderness, the reluctant duo struggles to complete management’s extreme mental and physical tests for a huge reward. But only one can win the prize, and Des needs the money to underwrite medical treatments for his adored younger sister.

See-sawing between attraction and antagonism, the mismatched couple, Raye and Des, face their biggest challenge: learning the meaning of true partnership. When a massive flash flood sweeps down the rocky canyon and threatens their love and survival, they must put aside their difference to rescue their colleagues—and their future as a couple.
WHERE TO BUY 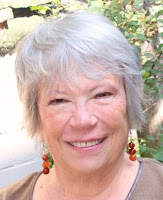 Bonnie McCune has been writing since age ten, when she submitted a poem about rain rushing down the gutter to the Saturday Evening Post (it was immediately rejected). This interest facilitated her career in nonprofits doing public and community relations and marketing. She’s worked for libraries, directed a small arts organization, and managed Denver's beautification program.

Simultaneously, she’s been a free lance writer with publications in local, regional, and specialty publications for news and features. Her civic involvement includes grass-roots organizations, political campaigns, writers' and arts' groups, and children's literacy. For years, she entered recipe contests and was a finalist once to the Pillsbury Bake Off. A special love is live theater. Had she been nine inches taller and thirty pounds lighter, she might have been an actress.

Her true passion is fiction, and her pieces have won several awards. Never Retreat is her third novel and her fifth book of fiction. For reasons unknown (an unacknowledged optimism?), she believes one person can make a difference in this world. Visit her at www.BonnieMcCune.com, Bonnie@BonnieMcCune.com, twitter.com/bonniemccune, facebook.com/authorBonnieMcCune.
www.linkedin.com/in/BonnieMcCune.
.