Q & A with the Writing Duo Catherine Curzon & Eleanor Harkstead!

Hello Catherine & Eleanor!  Thank you so much for visiting Written Butterfly with me today!  It’s always a pleasure to chat with you.  So tell me…


Q) What was the hardest (or easiest) scene to write?


With romantic suspense, the hardest scenes to write - for me at least! - tend to be action scenes where you’re trying to make sure the reader knows what’s going on, but keeping up the pace at the same time. The easiest scenes to write are ones where our characters are talking, because the way Catherine and I write together means you really are seeing two people talking!


Q) What type of research did you do for your book?


The Man in Room 423 is set in Manchester, and The Colour of Mermaids is set in Brighton. We know both cities well, but I refreshed my memory by scooting about via Google Streetview. As a poisoner is on the loose in The Man in Room 423, we looked into the most plausible way they could be doing it. I know a great deal about poisoners in the 1800s, but it’s quite an usual crime in the 21st century.


Q) What made these stories special to you?


For me, I think it was the characters and how they got to know each other, while at the same time being under threat. And it was fun to explore a side of life we don’t often see in our other novels, especially in a rural romcom like The Captain and the Squire.


Q) Do you have a writing quirk, or habit when you write?


The big quirk really is that Catherine and I write together, and it seems that the way we do it is quite unusual. Generally, people who co-write take a chapter each, but we write together on the same page, albeit it via the magic of the internet rather than being in the same room. It works for us!


We write in a linear way, and to be honest, the way we write together wouldn’t work if we didn’t. We’ll plan ahead, and with The Colour of Mermaids and The Man in Room 423 - and our paranormal romance, The Ghost Garden, too - we plot in detail before we get started. Our other novels and short stories aren’t plotted quite as tightly, but we felt that for the novels where a central mystery is key to the story, it’s important we both knew where we were going, so we can carefully tease out the stories’ secrets. Planning ahead is really important when writing together as well, so we’re not throwing curveballs!


We’ve got titles scheduled all the way into 2021, so look out for more Captivating Captains, seasonal shorts and other surprises, as well as a new installment in The de Chastelaine Chronicles. 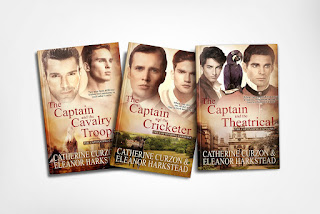 
Catherine Curzon and Eleanor Harkstead began writing together in the spring of 2017 and swiftly discovered a shared love of sauce, well-dressed gents and a uniquely British sort of romance. They drink gallons of tea, spend hours discussing the importance of good tailoring and are never at a loss for a double entendre.

They are the authors of numerous  short stories and two novel series, the de Chastelaine Chronicles, and the Captivating Captains, published by Totally Bound and Pride. Their novel The Ghost Garden has been shortlisted for the 2020 Romantic Novel Awards.


Sign up to our newsletter and receive our free, exclusive short story “Brighton Beaux”. https://curzonharkstead.co.uk/newsletter 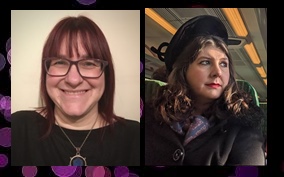 The Colour of Mermaids

Released 24 March 2020 by Totally Bound. Available in ebook and paperback. 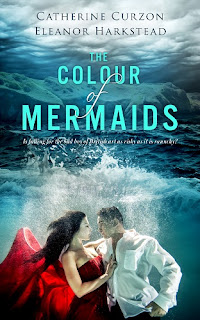 When artist Eva Catesby is invited to an exhibition in honour of art world enfant terrible Daniel Scott, she’s expected to follow the crowd and sing his praises. Instead she tells him what she really thinks and sparks fly. As they plunge headlong into a wild affair, Eva becomes the target of unwanted attention from an unseen enemy.
Daniel Scott is famous for his paintings. Filled with darkness and tormented imagery, his canvases are as mysterious as his background. Until he meets Eva, Daniel is a stranger to criticism and doesn’t know what it means to fall in love.

Can Eva help Daniel overcome his childhood demons or will a fatal secret from the past destroy their future?

The Man in Room 423:
Released 5 May 2020 by Totally Bound. Available in ebook and paperback. 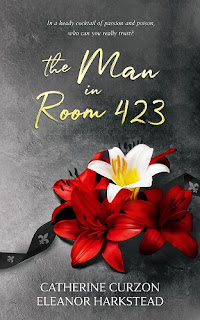 In a heady cocktail of passion and poison, who can you really trust?
When Lizzie Aspinall and her sister meet for cocktails in a high-rise bar, the last thing she’s expecting is to spend the night in the arms of the nameless man in room 423. As a one-night stand with a stranger turns into a steamy affair with a dedicated detective, Lizzie finds herself in the sights of a stalker.


Ben Finneran has spent ten years pursuing a ruthless serial killer who poisons victims at random before disappearing into the shadows. He wants to believe that the attraction he and Lizzie share is just physical, but when they find themselves falling for each other, is Ben unwittingly leading a murderer straight to her door?
Pursued by the past and threatened by the present, who can Lizzie and Ben really trust?