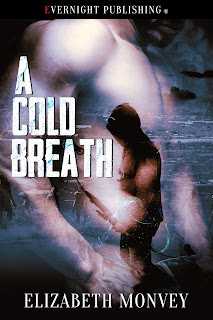 This world is the zombie apocalypse. Typical brain eaters, I guess, always looking for their next meal. Starts off in Las Vegas, but I move it into the mountain. Why not? If there was a zombie outbreak, I think that’s where I’d go.

The zombies are the plot device that sets up the world, but the characters are what makes the story. I wanted to analyze what would make you keep going if this was your world because I think character development is important as well as interesting. It’s why I like The Walking Dead so much.


3)      Do you believe in the paranormal? If so, have you ever had a paranormal experience?

Definitely. Maybe not zombies so much, although I did learn about a man in Haiti who was put under a curse, drugged into a living death scenario, and then kept in a haze to work on a sugarcane plantation for twenty years. That I could believe.


4)      Are you planning on writing more in the paranormal world?

Yes. I’ve written another book in my “My Boyfriend Is…” series, titled “My Incubus Boyfriend” and I have a few more planned for that series in 2020. As for stand-alones, I always keep my ears open for ideas.

If only he didn’t feel so attracted to the man.
Be Warned: m/m sex