There's a cardinal rule in football that you never break. You don't mess around with another player's girl and you don't touch the coach's daughter. Well, I've never been good at following the rules.
Belinda Carmichael is uptight, prissy and the hottest girl I've ever seen. She's also the head coach's precious baby girl. And she's entirely off limits.
The trouble is, I didn't know who she was when I met her. And she had no idea I was her daddy's newest star player. It was her job to show me around campus, and I showed her a lot more than that. But we fumbled the ball – she never told a soul who got her pregnant.
Not even me, the baby daddy.
As the quarterback I'm not supposed to date the coach's daughter. I'm definitely not supposed to knock her up. Well, too bad. I don't just want to date her. I don't just want her in my bed. I want to score the ultimate, game-winning touchdown.
Her heart.
*Go Long has a guaranteed HEA and no cheating! This edition contains bonus materials at the back for a limited time only *

Joanna Blake loves good old fashioned romance, men who open doors and work with their hands. Hot Blooded Heroes is a series of sizzling stories about True Blue American men and the women who love them. She's thrilled to be collaborating with Pincushion Press on her new series! Come along for the ride!

Beth and Bryce's Totally True History of Stuff You Should Totally Believe, for Reals!

Today Bryce and I got into a discussion about a certain idiom.  See how I won the argument. 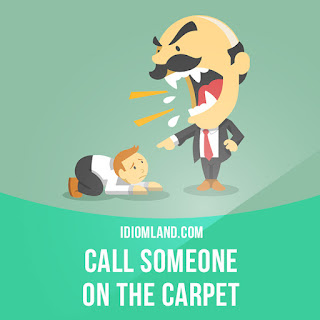 Bryce: How the fuck are you?!  I've been called to the carpet.

Beth: What does that mean?

Bryce: That's the phrase, right? answering to the big boss?  I have to write up some reports and email them out.

Bryce: "called ON the carpet."

Bryce: That's the right one.

Beth: I think you're making it up

Bryce:  Everyone else has shitty linoleum floors in their offices. The big boss has the nice office with carpeting. When you're called on the carpet, you have to stand there and answer his questions. Totally real. Stick in your Google and see what happens! Anyway, you're dodging the original question.

Beth: What was the original question?

Beth: Right. It's all coming back to me now.

Bryce: See? Right? So, are you the fuck how or not?

Beth: I Googled getting called on the carpet. Means being scolded.  I don't think you were scolded so you can't use it.  So therefore, you were wrong

Bryce:  Actually, I'm not that certain with it. Idioms are hard to nail down.  Shit, now I have to look up "nailed down."
Posted by Beth D. Carter at 8:18 AM No comments: