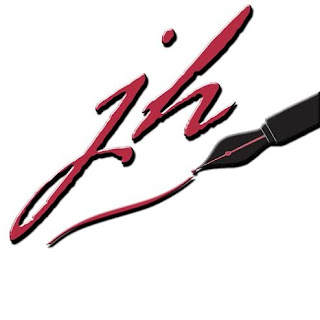 Q) Can you tell us about your series?
A) Originally The Agency series was supposed to be a bunch of different stories following different peoples’ dealings with paranormal and supernatural activities. But that changed with the writing of the second story. Turns out one character stumbled across what he believed to be a conspiracy theory. The series ended up revolving around him, his friends/co-workers, and their plights in dealing with a scary clown-rabbit looking alien race. Of course, there’s also lots of male-male goodness and love in the air in each book.
Q) Can you give a fun or interesting fact about your book?
A) Abductions are not always about "collecting DNA" or experimenting as many people think. Instead, it's often about creating incredible terror in abductees and harvesting the energy of that terror.(*) Which Zen learns first hand in The Encounter. (*:http://www.rense.com/general82/unpl.htm)
Q) What gave you the inspiration for your series?
A) I originally wrote The Encounter for an anthology call where an alpha boss was to be paired with an assistant. When the story was requested to be expanded so it could be published separate from the anthology, I then came up with the series idea I first envisioned, as I stated above.
Q) Do you have any habits that get you in the writing frame of mind?
A) Going for a walk helps to clear my mind, get the blood and thoughts flowing, and give my muse a happy boost. Brainstorming with a close friend of mine who is also a writer; listening to music; finding a quiet place to reflect helps to get me in the right frame of mind as well.
Q) What are your upcoming projects?
A) I’m revamping a story that I’d submitted for an anthology that was out-right rejected. Then I’ll be writing two more stories in that new series. I’m leaning toward self-publishing those. I’ve been poking at a spin off series from The Agency that will be more sci-fi/romance based. In addition, I have several taboo stories to do last edits on, then I’ll format and self-pub those. I also have a bunch of projects under my other pen name, so I’ll probably be focusing my attention there for a while as well.

~ * ~ BIO ~ * ~
Jacey Holbrand believes life and love comes in all forms and should be celebrated. She’s committed to her muse and writing so she can share her stories with readers. Hot days. Sexy nights. Come play in her world.
Jacey loves to hear from readers! Click the link to eMail her: JaceyHolbrand@gmail.com 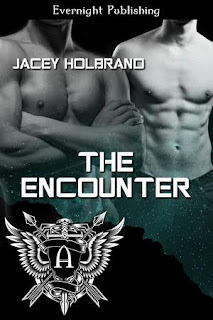 Blurb:
Evan ‘Zen’ Zenas is the top agent at The Agency and is known for his brusque demeanor. He’s also known to be tough on trainees. Those who find themselves under his tutelage usually don’t last long. When he’s assigned a new assistant, Seth Trivos, Zen’s faced with questions about his past he’s not too keen on answering.
Seth Trivos knew Evan once upon a time, loved him even, but when Evan disappeared, he unknowingly broke Seth’s heart. Now, he’s in Evan’s world as the newest recruit at The Agency, and he’s looking for answers.
Will Zen chase away another new assistant because he doesn’t want to open up about a past encounter or will being forced on a case together make him face the demons he’s been trying to hide from?
Be Warned: m/m sex
Snippets:
*** Desire rushed through Seth, clawing at his insides. Zen clutched at him like a drowning man scrambling for purchase on any floating thing to save him from the watery depths. ***
*** Seth had such a great soul. There was still a part of him, though, that felt he didn’t deserve Seth’s attention, love, or understanding. That is, if Seth loves me. *** 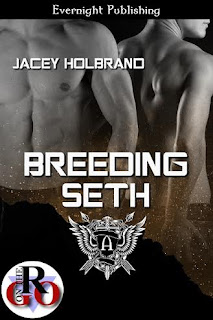 Blurb:
Evan Zenas and Seth Trivos had a tumultuous start to their relationship which has finally mellowed out. But now, something is wrong with Seth. Concerned for his health, Evan convinces his boyfriend, Seth, to see the doctor, and the prognosis is alarming.
Seth is pregnant.
The mystery is how.
Not only is their relationship at stake due to the life altering news so is Seth's life.
Be warned: m/m sex, anal sex, mpreg, public exhibition
Snippets:
*** The thought of Evan’s sturdy body holding and supporting his while they took each other up against the rocks in the heat of the day, the sun beating on their bare bodies, sent his heart fluttering like he was an inexperienced teen. ***
*** So far, the tryst was living up to his fantasy. The sun toasting his skin. The air teasing his body. Completely naked in public with the chance of getting caught. *** 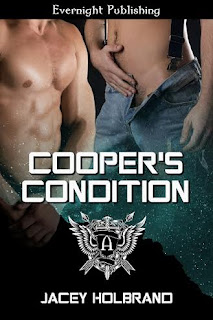 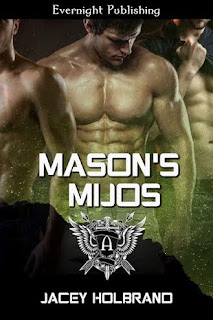 Blurb:
... He’ll do anything for love.
Mason Diaz is shocked when he sees his two ex-boyfriends, Flynn Grayson and Ryker Gemmings, together and at an alien encounters support group. Old feelings for them resurface when they tell Mason they want a threesome relationship. Eager to rekindle the connections, Mason goes up to Flynn’s house in the mountains for the weekend of a lifetime with the two men.
Abductions. Food play. Secrets and confessions about alien origins and shifting.
It’s not exactly what Mason had expected.
Especially the pregnancies.
Can he continue to love each of them while trying to survive the life changing events and all the revelations the weekend has in store?
Be Warned: MPREG, m/m sex, menage sex (MMM), food play, rimming, double penetration, voyeurism
Snippets:
*** Mason kissed Flynn’s knuckles on one hand then the other. “And I love you. That’s what I decided. Who you are on the inside is what matters. Not where you come from or what you can do. I. Love. You. What can I do to help you with your mission? Find a woman for you to knock up? I’m sure my sister has some friends who’d be interested in you.” ***
*** Mason inwardly sighed. Having their lips meet was like coming home after a long vacation. Flynn hadn’t lost his touch in the art of kissing. He molded into Flynn’s body as if no time had ever passed, each dip and plane remembering how they fit into Flynn’s. *** 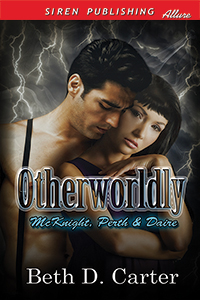 Let me introduce you to Charlotte Perth...


Charlotte is all about sass because her job reminds her all too well the limits of human life.  You see, she can talk to ghosts, but her gift is unique. She can only summon murdered souls and interprets the visions they send her.  When she’s hired by a wealthy woman to determine the fate of her great nephew, little does realize this is one ghost that refuses to cross over.

Detective Jonas Daire feels is a fake, out to swindle money from his rich aunt.  When proclaims the nephew is not only dead but has been murdered, Jonas feels especially disgusted at ’s “profession”.  But when his cousin’s body is discovered in the place that she said it would be, with detailed accounts of how he died, he places her under suspicion.

Jonas and Charlotte work together to find the killer.  As the two grow closer together, another malevolent force won’t stop until the truth is buried…until ’s ghostly visions are her own.

This is Book One! 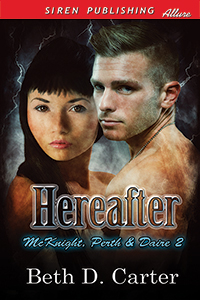 Charlotte Perth has been sent to to find the bodies of three missing women and she’s dragging her injured new boyfriend, Jonas Daire, along for the ride.  Only when she arrives in Rock Ridge does she realize that Agent Nash McKnight has been hired to protect her, and his nearness is driving her absolutely crazy.

As if having to deal with a wacky Southern Belle who’s channeling more than the dearly departed, the local sheriff who’s convinced she’s the murderer, and an underground sex club wasn’t challenging enough.  Now she’s got to worry about her unwanted attraction to Nash as they go undercover to ferret out a killer.

doesn’t want to betray Jonas, but she’s not quite sure how to squash her feelings for Nash.  And just when she thought she might have it all figured out, a secret she uncovers is enough to put her on the murderer’s high priority list. 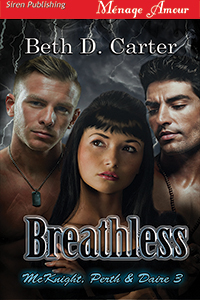 Leaving the troubling dilemma of loving two men behind, Charlotte Perth heads home to .  The last time she was there she’d just come back from the dead with the gift of being clairvoyant.  Now, another young swimmer has drowned and realizes it’s another victim…one that might not have been if she’d only told the truth twelve years earlier.

She doesn’t count on Jonas and Nash following her, ready to hammer out the details of being in a ménage relationship.  Both love her so they’re willing to share, as long as they don’t kill each other first.  Only now they have to convince stubborn Charlotte they can make the unusual relationship work.

Before she can possibly think of the future, however, she’s got a murder to solve while not falling victim twice to the same killer…one who’s waited a very long time for to come home. 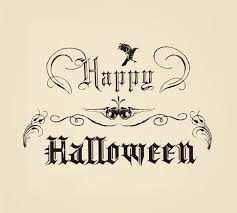