To Beard or Not to Beard 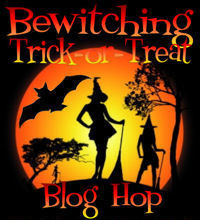 When a story pops into my head I start to visualize the characters who will play out the leads.  Sometimes this is easy and sometimes I pull my hair out very slowly trying to figure out the hero and heroine.  For instance, in my book A Silver Lining, I had a woman who wasn’t nice, whose abrupt manner and off-putting tongue needed someone to perfectly foil her rapier retorts.  Luckily, Tristan came along to not only rescue Heather but to rescue my deadline.
“Heather looked up, and up, past a cast-wrapped leg, over a large silver belt buckle, and into the darkest eyes she had ever seen. The rest of the face wasn’t bad as well, and Heather felt her heart flip-flop. High cheekbones, tanned face, handsome beyond belief.”
I realized about my third books that, unconsciously, I tended to write the same male character again and again and again.  I was using the image of a man I found attractive in every story so I had to step back and reevaluate all my heroes.  Even though I don’t particularly like chest hair that doesn’t mean my readers don’t either.  And just because I love blue eyed men doesn’t mean every hero out there has to have baby blues.
“Penny blinked and snapped her gaze to his. She instantly saw the annoyance in his royal blue eyes fade into concern.”
And yet up until the explosion of ebook publishing and the erotica romance genre coming to life, there weren’t that many ethnic heroes out there.  And now as I’ve grown more mature I realize my taste has evolved in what I find sexy.  My heroes have become somewhat less…vanilla, for lack of a better word.  Now I find so many new characters clawing at my mind, demanding their stories be told.
Posted by Beth D. Carter at 10:25 AM 7 comments: 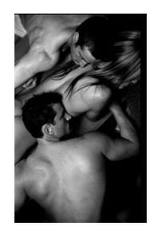 I have taken to writing m/f/m romances because I find exploring the dynamics of such a relationship interesting.  But I wonder, can two men really be better outside the bedroom?

Sure, what hetero, curious and willing woman wouldn't want two men worshiping her in bed?  Hell, if I could find two men as fulfilling as the ones I write about then sign me up!

But outside the hot and steamy sheets of fantastic sex, is it worth putting up with two men always under foot?  Well, I say thank goodness the romance stories end with the HEA (or HFN)!  I don't know how romantic even the sexiest man (men) would be under day to day scrutiny!  Oh lord!  Don't get me started on washing dishes and taking out the trash!!!
Posted by Beth D. Carter at 9:11 PM 2 comments:

Tied up or Spanking? 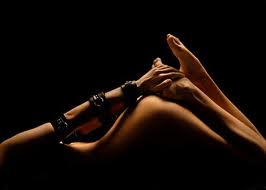 I recently went on a friend's website (author Kharisma Rayne) and saw a poll she had run, asking what people would like to try the most.  The winner?...44% said being completely submissive.  Another 33% like costume role/playing and being tied up.  Finally, coming in third was being spanked.

As a writer, I find this fascinating, simply because it speaks of trends and what readers are mostly into.  The question I have on my mind is...should a writer cater to the masses demands or should the writer focus more on their own quality rather than sales?

I would love to read your opinion so please leave me a comment!
Posted by Beth D. Carter at 1:02 PM 2 comments: