I'm excited to be a part of this amazing collection of sci-fi romance stories!  I am very partial to sci-fi.  My first published collection of stories was an original series based in the Star Trek universe.  I love the opportunity of letting my imagination soar with possibilities. 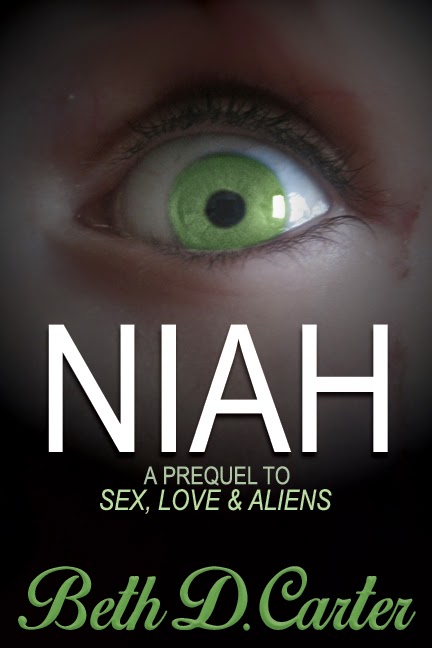 Niah is the FREE read and the prequel to my story Gravitation, in the Sex, Love & Aliens anthology.  You can get it HERE from Smashwords.
+++++++++++
When Niah awakens in a morgue, covered in plastic, he can’t remember anything. As he tries to escape, he's captured and told that he's no longer the same. He's not just Niah anymore. 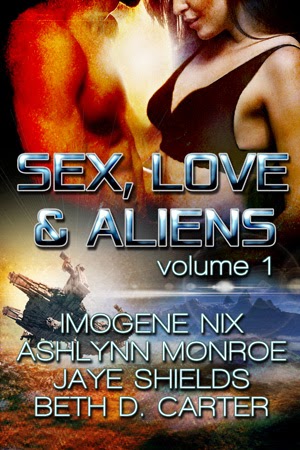 Can Bree and Niah’s love overcome their species being at war with one another?

Bree has spent her whole life hiding from the aliens who destroyed what was once Earth. When she stumbles across a wounded alien, common sense tells her to kill him before he can kill her, but her compassionate side refuses to obey. Instead, she helps him.

The two forge a temporary truce when they’re forced to band together for protection. But as the days slip by, the alien Niah won’t leave her, and as friendship gives way to something more, she can’t help but wonder when, or if, them being on opposite sides will break the fragile bonds of love forming between them.

In the course of a single day Gia Montgomery loses her job and discovers that her boyfriend—now ex-boyfriend—is a two-timing sleaze. After downing a bottle of wine, she catches sight of Cedun in her backyard. He's the Ba'Tua heir who has been living on Earth for several years. Gia struggles to ignore the strong attraction between them, because she's sure he's seeing someone else. Someone very close to her, in fact.

When the situation with her ex turns nasty, Cedun finally has a chance to set things straight between himself and Gia, but nothing is as simple as it seems. Cedun must protect Gia and sort out an impossible love-life tangle before it's too late.

Some treasures are the hardest to see.

On a dying planet, treasure waits for an honorable man to claim it. Captain Ric Julius believes the cargo of gems is what he's come for, but there is one jewel he never expected. Her name is Kateri, and she changes everything.

Saving the woman's life, and making a fortune in the process, requires only one thing of Ric—his freedom. In order to obtain the gems he has to agree to take Kateri to safety…and to make her his wife. Every man has a price, but is Ric willing to pay in full on a debt he owes to a dead man on a decomposing world?


HIS HUMAN by Jaye Shields

Can a human clone trained to kill also learn to love?

Elara Roberts is the captain of a space shuttle sent to retrieve a group of cloned soldiers from the planet US-2. As soon as she lands, the shuttle is overtaken and all of her men killed.

Svarog aka Rogue, is the leader of a rebel group of clones who desire freedom. He's been trained his entire life for one thing—to kill. But when he lays eyes on Elara, the only woman he's ever seen, his first instinct is to love. Taking her for himself, his new mission becomes exploring the body of the creature, and punishing any other clone male who dares come close.

Elara witnessed how easily Rogue killed her men and fears she is next. But instead, the beast seems curious and more lustful than anything else. Her best survival strategy is to play along. But when she gets a chance to escape she realizes she may not be ready to leave Rogue behind. 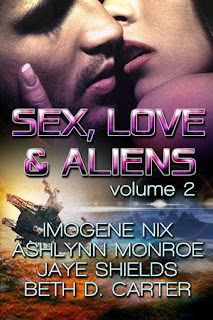 BOND by Beth D. Carter A woman who has nothing to lose, and a man with everything to gain. They had known each other a lifetime ago, but love while serving as slaves to the TEV, the aliens who rule Earth, wasn't something that could ever last. When Freya's family escaped, leaving the only home she'd ever known, she left Kory behind, but she can't forget him. When she meets him again, Kory isn't the human boy she remembered. He has survived a horrific scientific experiment that has changed him into a hybrid—half human, half TEV. Can she trust this man who has now, essentially, become a member of the enemy?

COVERT WEBS by Imogene Nix Power, deceit, and passion. Old enemies, new love, and the future of the entire universe hanging in the balance. Dria is more than the Ba'Tuan Princess, she's also a highly trained warrior who's been sent to Earth to covertly uncover a plot to destroy the accord between the two species. Military commander Marcus Vane is scarred and weary. His experience with women has left him afraid of commitment…that is until Dria turns up. Not only is she everything a warrior should be—strong, focused, and honorable—she's also an incredibly beautiful woman. They must work together to find the Incubi and stop their plans, but one split-second decision changes everything, and now the danger is even more extreme.

THE SPACESHIP CAPTAIN'S DAUGHTER by Ashlynn Monroe Briz will face death to save a race of strangers, but will her pirate's love be enough to save her? Briz Julius isn't afraid to break the law to save the lives of strangers. Briz insists she can get an important shipment of medicine between worlds without incident. Her family reluctantly agrees to allow her to make the trip in their oldest, smallest vessel. The decrepit ship doesn't look like much, but that's exactly what she needs to get to her designation without attracting attention. Matek's family was massacred by the captain of the pirate ship, the Heartless. Becoming one of the crew was easy, but remaining silent while the ruthless villain takes an innocent girl captive isn't. Matek has spent years plotting his revenge. Is he willing to throw away his only chance to avenge everyone he loved in order to save the bold and beautiful stranger?

HER CLONE by Jaye Shields When love sparks between enemies, can it survive? Angela Raden's last mission to planet US-2 nearly got her killed. The savage beating she'd been subjected to made her wish she had died. And now the military wants to send her back. But Angela will be doing things differently this time around. She'll die before she allows the enemy to touch her again. Damon is a human clone raised for the purpose of killing, but he's seen enough death to last him a lifetime. With revolution taking over his planet, he remains in solitude, seeking peace amidst chaos. When he meets a tiny slip of a human determined to take on an entire clone army, he can't help but follow her. Since he'd been in hiding the woman believes he's human, and upon seeing her hatred of his cloned peers, he keeps the secret in order to remain in her company. But when he follows her into danger, will the truth be revealed?