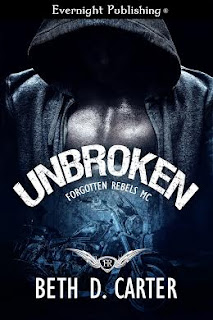 When she was eighteen, Piper’s obsessed boyfriend murdered her family right in front of her.  She went into police protection, but his family’s wealth made it easy for him to track her down.  Desperate and alone, she turned to her step-brother for help.  He just happened to be president of a motorcycle club.

Eight years later, the club is patched into a larger club, the White Death MC, and when Piper meets its president, Kix Rockwood, she knows he’s a force to be reckoned with.  Kix wants her, but he has no idea about the danger that lurks for her if she leaves the club.  Because no matter how long it’s been, someone blames Piper for what happened and wants revenge for the past. 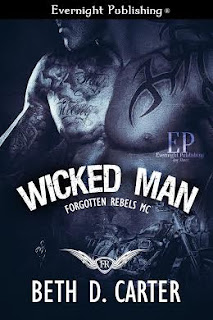 They say you can never go home, but Abbott has traveled a long way to find the love of her life again.  She and Chadwick “Wick” Edwards had been high school sweethearts, but when he got the opportunity to become a member of The Forgotten Rebels Motorcycle Club, he left without saying good-bye.

Wick knows he screwed up by leaving Abbott behind, but he honestly thought she’d be better off without him.  Little did he know that out of heartbreak she turned to the first man to show her kindness…only to become a survivor of mental and physical abuse.

Wherever she goes, her tormentor finds her. After ten years she’s tired of running and so goes back to Wick.  Their passion sparks and love rekindles, but when Abbott is targeted, Wick must do very wicked things to make sure she stays alive. 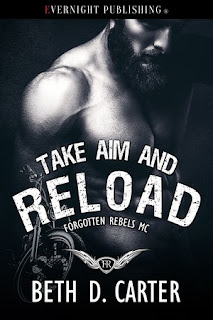 Cherry has lived her life with a solid sense of right and wrong, so when she realizes her boss, the CEO of Cabot Pharmaceuticals, is selling pseudoephedrine to bikers, she gathers her courage to obtain evidence against him. When she’s caught by Cabot’s head of security, it forces her to go on the run.
Heart is on his way home from burying his uncle when he crashes his motorcycle. A beautiful angel named Cherry helps rescue him, and he thinks divine intervention has brought them together. But Cherry holds evidence that can make his world crash and burn, putting him in a very precarious situation between falling for her and loyalty to his club.
Cherry’s beliefs are tested until the line between right and wrong blurs, leaving her struggling with her own conscience. When Cabot finally finds her, will she be able to save herself, or will her voice be silenced forever? 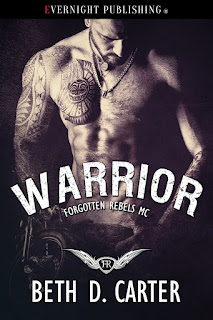 Although Church is a twin, she’s always felt isolated from her sister, Cherry. Taking over the mechanic garage across the street from The Forgotten Rebels MC ensures that she’s never alone, even though her haunted past makes it difficult for her to trust another person.
Darrell McBryde lost his leg on active duty, changing not only his life but his mind on the club's drug running business. Taking a stance against it, however, has put him at odds with the other members. In a world he once knew, suddenly he’s a stranger.
Both outcasts, Church and Darrell forge a tight friendship, one that eventually shifts into something deeper. But just as she’s about to reach out to take a chance, tragedy strikes, testing Church’s faith that love and happiness are hers for the taking. 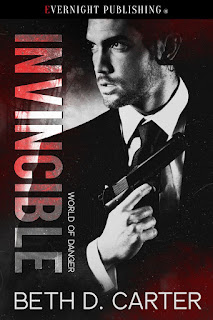 Lee Masterson is a gun for hire. He’s shut himself off to almost everything, existing with the memory of a woman he loved fiercely but had to let go for her safety. But his carefully constructed walls are shattered when a threat is made against Lidah Wilcox’s life, sending him back to Kentucky in a desperate effort to protect her.

The hole in Lidah’s heart never fully closed when Lee died, and when he suddenly resurrects from the grave, she’s overwhelmed with emotion and memories. Twenty-two years of emptiness lie between them, and she’s unprepared for the love that comes surging back to life.


Lee will do anything to protect Lidah, yet he can’t walk away for a second time. Danger brought them back together, but can they keep each other safe when it’s stalking them? 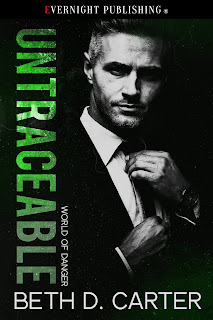 Mae Sawyer has a huge crush on her boss, JD Harlan, but he doesn’t even know she exists. She blends into the background of her data entry job, living for glimpses of him walking through the office. Then one night, everything changes. While working late, she’s caught up in a plot to kidnap him … and gets taken as well.

They wake up in an underground bunker. No electricity. No way to be traced. Alone, they have to rely on each other to stay strong until their captor decides their fate. Danger lurks outside the bunker, waiting for a moment of vengeance.