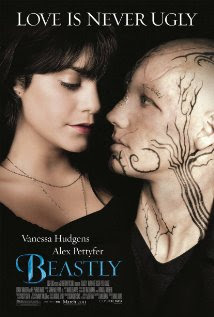 This is perhaps one of the rare times that I've seen a movie based on a book where I haven't read the book. What drew me to this film was the retelling of one of my favorite fables, being a pure romanticist at heart, set in the modern day world of New York.

We begin with Kyle (Alex Pettyfer), a pretty boy elitist at a distinguished school, who knows he is good looking and uses that as his platform to run for President of the Green Society. He openly admits that he cares nothing for the environment and wants the title simply because it'll look good on his school resume.

Kyle bashes on the "uglies" of society, even going so far as to equate them as the undesirables of the world. He makes it known that he believes that only the good looking people should be successful in life and when he goes home to his tv reporter dad, we understand how he got these ideas.

But Kyle makes a mistake, he plays a joke on the wrong "ugly", a gothic witch named Kendra, played by Mary Kate Olsen. I was happy to see Mary Kate play this unforgiving character, because Kendra places a curse on Kyle, making him as hideous on the outside as he is on the inside. Kyle has one year to find someone to say the words "I love you" to him.

Kyle's father moves him into a house in the far suburbs of NYC, with a Jamaican housekeeper who hasn't seen her 3 kinds in five years, and a blind teacher. And slowly, Kyle's father pushes his son out of his mind and out of his life.

Kyle develops a fixation upon one of his fellow schoolmates, Lindy (Vanessa Hudgens) and starts, well, almost stalking her. He follows her, watching her. Her father gets into trouble with a drug gang, going so far as to shoot and kill one member. Kyle convices Lindy's father to let her move into his house where he can protect her.

Lindy reluctantly does under the belief that she is going to a distant friend of her father. Kyle calls himself "Hunter" to hide his identity and over time the two become friends. Kyle learns what Lindy likes in order to win her affections, namely JuJu Beads and a Greenhouse on the roof. The two fall in love and when Lindy gets the call that her dad OD'd, Kyle lets her go to tend to him.

This is pretty much the standard story of Beauty and the Beast, and up until this point the film was engaging, well acted and nicely directed. However, the story falls apart completely at the end, abruptly ending as if the writer realized that they only had about ten more minutes to sum everything up. Lindy's father is never seen again, his OD is resolved with a "he's doing okay" speech, and the drug gang who vowed to find Lindy and kill her for his brother's death was never an issue at all! The whole MacGuffin that drove the story fell apart.

We get the "I love you", of course, and Kyle turns back into his beautiful self, but we're left wondering if he learned anything at all. There was no "Oh my God!" revelation to support why Lindy loves him, nor do we believe that he had just cause to turn back into handsomeness. I'll watch it again, because I do love both Alex Pettyfer and Vanessa Hudgens, but I would recommend Netflixing this one, or waiting till HBO.
Posted by Beth D. Carter at 7:42 PM 1 comment: 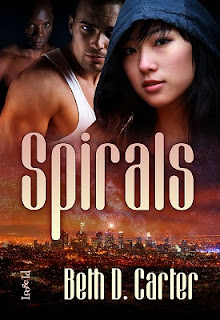 From Blackraven's Reviews...one of my best reviews ever!

"Wow! I’m still feeling the thrill from reading this book. At first I was put off by the first person, present tense, but it couldn’t have been more perfect. I even love the coverart!

Kaori is a character that became larger than life and I won’t soon forget her. For six years she survives alone in the aftermath of what once was Los Angeles. She learns to survive on her own and begins to appreciate all the little things in her solitary life.

Everything changes when Tobias and Orion find her hiding out at one of her safe houses. She doesn’t trust them at first. Trust did not help her survive for so long. But her physical attraction to both men can’t be denied and they soon infiltrate her emotional barriers.

Okay…where do I even start? Every once and awhile you pick up a book that restores your faith in fiction for entertainment…this is one of those books! From the first chapter, Ms. Carter captivated me with her unique writing voice. I savored every sentence and couldn’t stop reading until I finished the book.

There are twists and turns, action and suspence, that had my heart racing. The plot was brilliant and I still can’t believe this came for a writer’s imagination. The sex scenes were scorching hot! The blend of narration, emotion, humor and dialogue were all done to perfection.

-Rated 5 Delightful Divas and a Recommended Read by Stacey!
You can read the whole review here:
http://www.blackravensreviews.com/?p=3703
Posted by Beth D. Carter at 5:57 PM 1 comment: 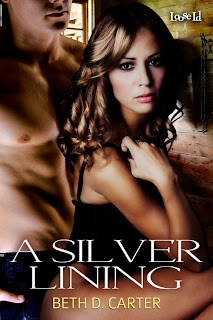 Tuesday May 31st through June 5th, I will featured on Bookin' It Reviews!!

I will be promoting "A Silver Lining", with a free ebook giveaway, plus, my blog "How to Write a Kiss"!
Posted by Beth D. Carter at 4:09 PM No comments: 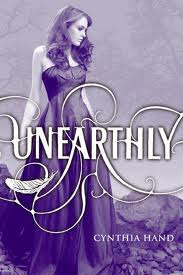 I am a huge lover of the library. With books being so expensive now-a-days, I get really mad when I venture to buy one only to be disappointed with the book. But what’s great about the library is that it allows you to test the waters, so to speak, which is what I did with “Unearthly”. There is always a theme with YA books, and lately it’s been half angels. I’ve read “Hush Hush” and “Fallen”, which were good but not good enough to make me go out and buy the book for my library.

Let me say “Unearthly” is a keeper! Go out now and buy it! Fall in love with Tucker and Christian and see how Clara is going to make up for not following her destiny.

The book starts out with Clara Gardner, who knows she is quarter-angel, having a vision and seeing her purpose, or the reason why she was born. Her mother uproots her and her brother from California to Wyoming, where she meets Christian, the boy she has to save from a forest fire. And then she meets Tucker, her soul mate, and must figure out how to save both boys while fulfilling her destiny.

The writing is superb, fast paced enough to keep you turning pages as we go through Clara’s life. The dialogue is witty, especially between Clara and Tucker. And though the book ended in a satisfying, happy manner, I am really looking forward to book two!
Posted by Beth D. Carter at 8:30 PM No comments:

A Battle of the Sexes...
When Heather Hart was fifteen, her parents brought her to Wyoming to visit her grandfather’s ranch. Heather met cowboy Tristan Rogers when he helped patch
her ankle after she twisted it and promptly lost her heart to the young rodeo rider.

determine if she is worthy, being the last of the Harts, to inherit the ranch.


Only the man she’ll be competing against is none other than Tristan Rogers.

He became the foreman when his uncle died and loves the land like no other.

task of “showing her the ropes”, so to speak. Heather recognizes her adversity

and uses all the weapons in her arsenal to fight for Hart Ranch, namely sex

innocent and shy than this hellcat on high heels. As he tries to figure out

what embittered her, Heather must transform into a woman worthy of her

http://www.loose-id.com/A-Silver-Lining.aspx
Posted by Beth D. Carter at 7:36 PM No comments: 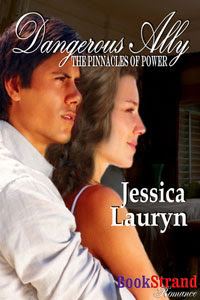