The My Boyfriend Is... Series!

The Evernight Birthday Blog Hop celebration still has one more day but I thought I'd invite Elizabeth Monvey over to talk about her M/M paranormal series "My Boyfriend Is..."  Her latest book is My Alien Boyfriend, available HERE! 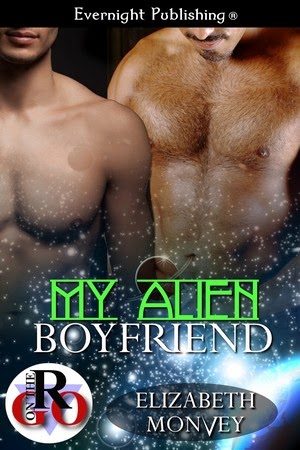 Thank you so much for letting me visit and talk about my series!  So far there are three books, but Evernight just accepted book 4, My Ghostly Boyfriend, and I'm working on Book 5.

Q) Oh, sounds interesting!  Can you tell us a little about My Alien Boyfriend?

This is a very emotional story, in which Mace is an alien, perfectly content to live on Earth and study us humans...as long as he doesn't use his "gifts".  Once he does, he must return home so he doesn't run the risk of being discovered.  But in order to do that, he must save Parker's life, who is his one true love.

Q)Can you give some hint about Book 5?

This one is going to be titled My Pregnant Boyfriend and is going to be slightly longer than the Romance on the Go, which is the category the other books are in.  My two heroes, Ethan and Peter, are shifters, only Peter is an animal long thought extinct.  Since he's the last one of his kind alive, he ends up in the family way.

To write this type of story, I had to find a way that made sense, not using "aliens" (since I'd already used that).  I think I came up with a clever twist on the shifter mythology.

Q) Do you have any more My Boyfriend Is... lined up after book 5?

I have a whole slew of ideas.  With this type of idea I really can't run out.  But it all depends when I'll get to them.  I'd love to write My Zombie Boyfriend.  I like Zombies.

Q) Can you give any type of background info on My Ghostly Boyfriend?

I got the idea from a movie I watched titled The Invisible, staring the adorable Alex O'Loughlin (only he played a bad guy in this).  A young, rich kid is attacked and left for dead and his spirit floats around wondering what the heck happened.  The only person who can see him is the girl who helped attack him.  It's a really good thriller that keeps your heart racing.  I used that idea to inspire what happens to Tom.

Thanks so much, Elizabeth, for visiting with me!  If you've missed any of the "My Boyfriend Is..." series, check out the blurbs below!

Parker Iwata loves his boyfriend, Mace Smith, and he trusts in the knowledge that they are honest with one another on everything. Although they had a whirlwind romance, he knows that Mace is the man he’s going to be with forever.

But one tragic accident changes everything. 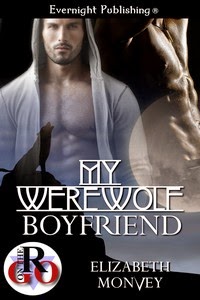 Aaron and Tony’s relationship is going strong after almost a year, except for once a month when Tony has to return home to check on his uncle. Aaron feels slighted because he’s never included, so he decides to take matters into his own hands and follow Tony.

Tony Lykes can’t tell the love of his life that he’s descended from a long line of werewolves. But when Aaron shows up in the middle of a werewolf battle, he’s sentenced to death in an effort to keep the werewolf pack a secret. 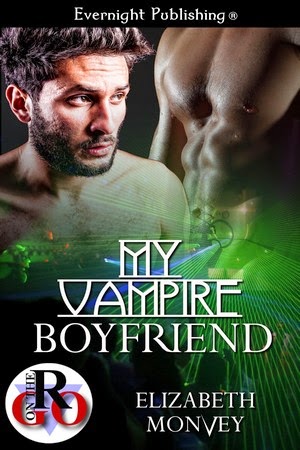 Dillon Vancil loves two things. The first is being a bartender on the Vegas strip and the second is his sexy boyfriend, Liron. Fortunately, he doesn’t have to choose between the two because he works in Liron’s gay nightclub, Dionysus.

Liron has been alive for three hundred years, ever since he was turned into a vampire. Although he’s had lovers through the centuries, no one has touched his heart until Dillon. But sharing that he’s undead might be too much for a human to believe, so Liron hides his true identity.

But when Dillon is taken in revenge by one of Liron’s oldest enemies, it is time he tells his lover the truth…before it’s too late. 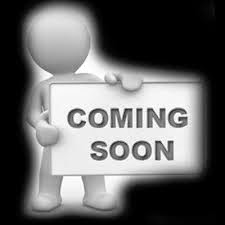 Coming Soon.... My Ghostly Boyfriend
My Boyfriend Is... book 4

Joseph and Tom have been in a relationship for two years. When Joseph pops the big question, Tom immediately accepts.  Their lives are absolutely perfect …and then the unthinkable happens.

Tom has been in an accident.  Terrifying, unexplained phenomena occurs at Joseph’s work and he’s not sure if he’s hallucinating or experiencing a ghostly cry for help.

Elizabeth Monvey is the pseudonym for a single mother from Los Angeles.  She writes manlove stories, where the hero meets the man of his dreams because happily ever after is one of her favorite things.  She can be found on Facebook:
https://www.facebook.com/ElizabethMonveyAuthor?fref=ts&ref=br_tf
Posted by Beth D. Carter at 10:08 AM