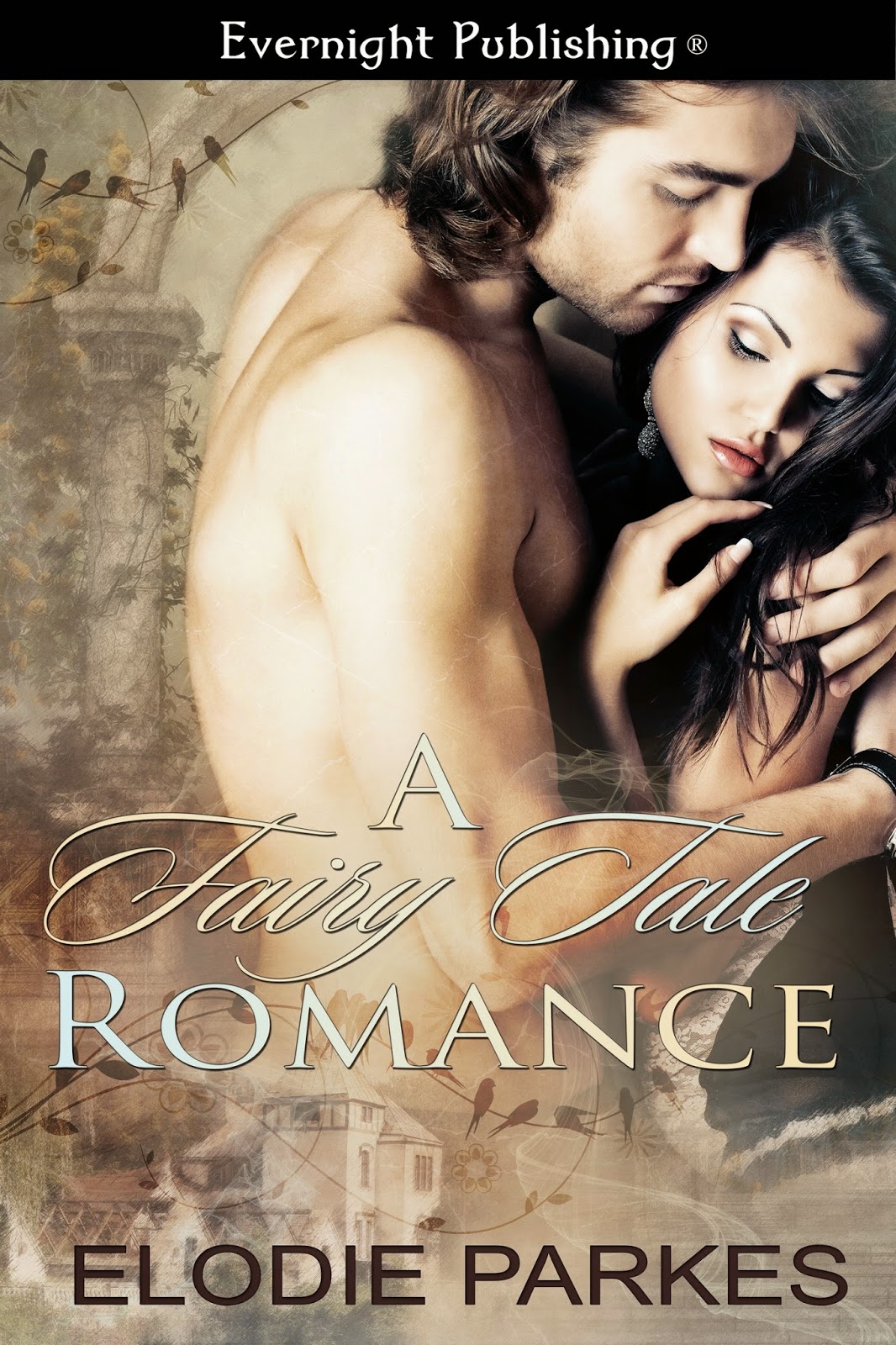 Hi Beth, Thank you for inviting me to share news about my new release from Evernight Publishing, A Fairy Tale Romance.

The story is contemporary, fantasy romance. It’s set along the coast in the sumptuous Mediterranean, and bathed in warmth, which I felt was a fitting venue to contrast with the stark misery of my hero’s predicament.

As with most of my stories, the dynamics of the characters just happened as I told the story. I always know my hero and heroine plus the supporting characters really well and yet they sometimes take over. With Thorn and Grace I had to have them want each other right away but also there needed to be tension because Thorn is hiding a secret that does have an effect on when he can see Grace.

I observe people all the time, and do come into contact with many people. They are from all walks of life and often I’ll find things out about their lives that might otherwise be hidden. They’ll tell me things as they look around for items in the antiques place, or I’ll meet people who are selling the emporium their antiques and their story will come out.
I see a lot of loneliness and that often goes into my stories. I’m influenced by emotions I see around me. I think that despite the nuclear life most of us lead, there is still a huge yearning for love and belonging.

I’m working on a Sci-Fi romance, a paranormal romance for a serial, and another fantasy romance. Not enough hours in the day for all my ideas to come to fruition, and sometimes I discard ideas through lack of time to write the story.

About the book, A Fairy Tale Romance

When delectable Thorn Valmont buys an old palace to renovate on the Mediterranean coast, he never dreams it will cost him his freedom.
Thorn is part of an aristocratic family. He’s a prince and must find his princess to solve a puzzle he inherits from the ancient owners of the Mediterranean palace.
Will he find her in time to stop his loneliness destroying him completely? 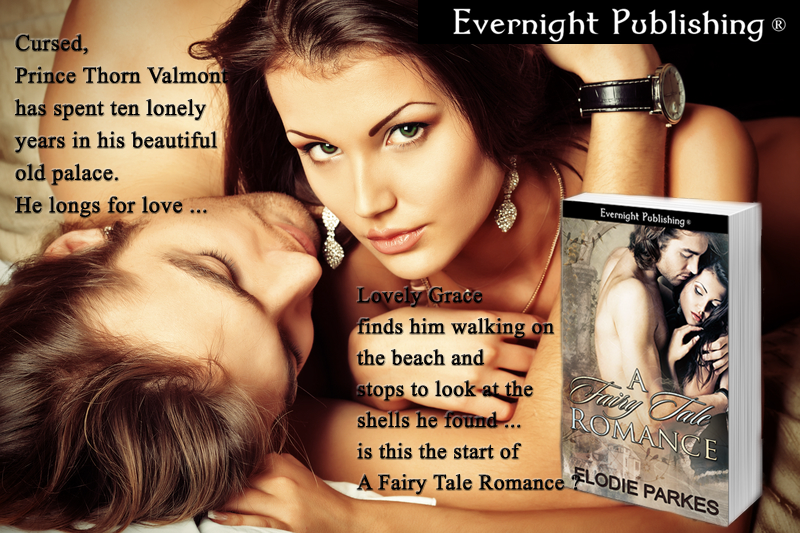 Read an excerpt 18+
The memory of the young woman’s long slim legs and firm thighs filled his head as he walked home. He imagined caressing her. He would trail his fingertips up the back of her thighs to tease inside the cutoff bottoms of her shorts. It was so long since he’d felt the skin of a woman and yet he could almost conjure up that softness at the top of a thigh where it joined the enticing base of her ass. Thorn sighed sadly and shook his head. He had never come to terms with his lack of sex. Sometimes, after a week or so of ignoring his needs he would masturbate before darkness fell. He always felt better afterwards and told himself to do it more often, to give himself that comfort, but often sadness stole away the notion and he’d drift through his existence until he suddenly realized he needed the release of orgasm.
Thorn knew that he needed it now, before darkness fell. He practically sprinted up the zigzag path to his home, resolved to ease the pain of loneliness that the sight of the lovely young woman had deepened. Inside his bedroom, he closed his eyes and found it easy to picture her mouth, the plump bottom lip, the way her hair tendrils had stroked there, and then he unzipped his jeans.
He paused and thrust away the memory of Grace. He needed quick relief.
Thorn brought to mind one of the last real sexual encounters he’d had with a woman. It was a hot memory and one he’d used before. They’d met at a party, instantly attracted in a superficial sexual way, they agreed to a moonlit tryst in the garden of the big house where the party was being held.
He’d stalked to the girl waiting in a small stand of trees, stripped her quickly, and lifted her to slide with her to the grass. His arm around her bare waist, and a hand cupping her pussy, he’d subconsciously stored away the feel of her wet arousal on his palm and could bring that to mind.
He recalled the words she’d said to him then, as he took his cock in his fist and pumped.
She had said, “Fuck me. Fuck me hard. I want everything, your tongue, your fingers, and your cock in me. I want to suck you until you moan and your cum fills my mouth.”
Thorn groaned as his cock hardened and he whispered the words, “Fuck me.” He pictured licking the girl’s pussy, her legs wide apart as she lay in the grass and his stomach clenched. His orgasm teased at him and he leaned on the edge of the chest of drawers bent over with the urgent need to come as he built a rhythm. He focused on the memory of her nipples between his lips, the way she’d sucked his cock, the taste of her cream on his tongue. Thorn pumped hard and his orgasm suddenly burned through him. As the waves of pleasure coursed in his balls and forced the cum to spurt in warm streaks over the back of his hand, he saw Grace as she’d looked at him on the beach. He saw her green eyes and perfect lips. The picture in his mind added sweetness to the orgasm. He shuddered and groaned.
Copyright Elodie Parkes 2014 Evernight Publishing All Rights Reserved

Buy the book:
EVERNIGHT PUBLISHING: http://www.evernightpublishing.com/a-fairy-tale-romance-by-elodie-parkes/ (RRP: $3.99 Your Price: $2.99 (You save $1.00) when you buy from Evernight!)