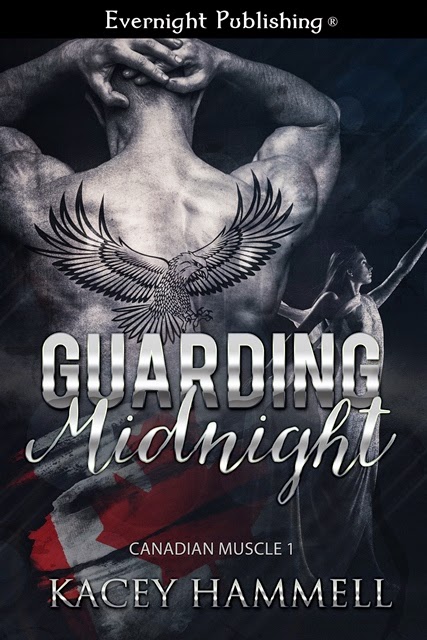 Thanks for having me here today, Beth! And congrats on your current release as well!

Q) Do you have any habits that get you in the writing frame of mind?
Music. I love being inspired by music. In fact, Guarding Midnight came to life within a few days of driving and listening to Nickelback in my car as I drive my kids all over the city! Their song, Midnight Queen was a huge inspiration for the story, and while the story evolved a lot, the foundation is there from the song. Read the Lyrics
For me, I need days of envisioning a story before I will start writing it. I need it to play across my mind like a movie, or movie stills. I don’t usually plot the stories, and wait for images/scenes to follow me for a few days, and then start writing bits of dialogue, full scenes, character traits and such, then put it all together when I’m ready to sit and write the whole thing.
And I need sound in the background in order to write. I can’t have complete silence.

Q) Is this part of a series?  If so, tell us about it!
Yes it is! Guarding Midnight is the first of the “Canadian Muscle” Series. In books 2 and 3, we’ll revisit characters we meet in book 1, and the foundation is laid for their own stories. Set in Canada, these hunky “muscle” men are hell bent on one thing … protecting what they desire most. Gavin really cemented himself as my favorite hero to-date, and his pals from Guarding Midnight are coming in strong second and third!* g*

Q) How much real life do you put into or influences your books?
I have a story out now that is based very much on real life events. It wasn’t a planned project but the heroine it is told about, I felt a need that her story had to be told.
I also like to use friends’ first names, or nicknames in my stories. Sometimes I’ll pull from headline news stories, and also listing actual places in my locations (ie: bars, streets)

Q) If you could choose, which published author would you like to brainstorm with and why?
Nora Roberts/JD Robb. She’s a legend in this business, her knowledge of it would be wonderful to discuss. Plus how she continually keeps ideas fresh and vivid, especially in the large number of authors/stories being released these days, would be some info I would love to know.

Reviews:
“…doesn’t disappoint…characters, plot and storyline was amazing, overall this was an easy contemporary romance that will have some enjoying on how the story unfolds.” ~ 5 Stars from Beckey, In the Pages of a Good Book

“… an amazing book…background story was amazing and the main character and background characters, I fell in love with them right away. I couldn't put this book down.” ~ 5 Stars from Stephanie, Goodreads 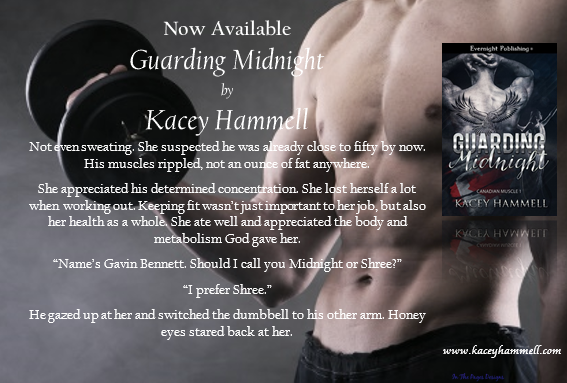 No one knows sacrifice better than former Army Sergeant Gavin Bennett. He’s witnessed firsthand the emotional, physical and mental toll of being caught in the crossfire. Being a bouncer-slash-bodyguard may not be Gavin’s dream job, but he’s willing to do just about anything to help out family. When Gavin reports for his first day of work, he quickly discovers a woman who threatens to crack his legendary cool.

Shree Walker is on the run from a dark past she tried to shut away. Battered and broken, a happily ever after doesn’t exist for her. Ready to start fresh with a new life in a new city, she is happy dancing at the Vixen Club. She’d be even happier without the presence of the prickly new bouncer who won’t let anyone or anything get past his carefully guarded defenses. He’s a distraction she doesn’t need. And a temptation she can’t resist.

When Shree is kidnapped by the criminal mastermind hell-bent on taking the club at any cost, Gavin has to make a decision. Hold tight and continue to keep Shree at arm’s length. Or break down his walls and take a chance on something more powerful than them both: Love.