A Chat with Elizbeth Monvey! 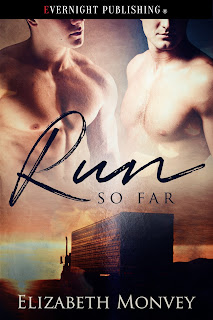 Hello Elizabeth!  Thank you so much for visiting Written Butterfly with me today!  It’s such a pleasure to chat with you.  So tell me…

I used to travel with my parents every summer from the mid-west to the east coast, and we'd drive through some of the most beautiful country in America. For days, I'd watch the tractor trailers drive by, see the truckers in the truck stops, and how they'd bunk down in their rigs.  I never thought it was glamorous, but I did think it was an interesting life.  And a lonely one. One day the character of Kyle, running from his past, came to me and how it would be a normal way to turn to the the big trucks to escape something.

No, I don't. I usually write as the story comes to me.  I may do some chapter outlines, so I know where to put what, but that's about as much plotting as I do.

I tend to place my stories in cities or places I know, so I'm able to put as much detail about the background as possible. I think it adds a believable layer to the story.

Truthfully, I'm not sure.  I had a goal this year that I've met, by releasing this story and the sequel to "Dark Rider" titled "Dark Journey", and with those two met, I'm going to clear my mind and see what male/male romances I want to write.  I loved writing the "My Boyfriend Is..." series, so I might write a few more of those, or maybe start another Romance on the Go series.  Whatever it is, I'm excited to see where my imagination takes me. 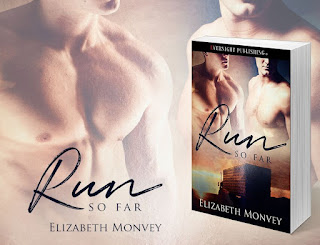 When Kyle stumbles into a truck stop diner, he just wants a bit of time to try to remember the weekend that had changed his life. When Delaney Vance invites him to travel with him across the US, Kyle thinks it’s the perfect opportunity to relax and find his memories.  As the two men start to get comfortable with each other, unexpected emotions start to develop on both sides.

is a man trying to forget the past and he’s done a pretty good job of it away from people, trucking for a living and forgoing personal relationships.  But all of that changes as Kyle worms his way into ’s heart.

The past is about to catch up with both of them.  With Kyle’s memories come a difficult and scary decision to make…ruin his family or hide the truth.  Can Del help him navigate a future when he himself can’t shake the ghosts of his own past?

All through Del’s nightly ablution, Kyle feigned sleep, catching only glimpses through half-opened eyes of wet, tanned skin. When he climbed up to his bed wearing only low riding flannel pants, he revealed a heavily muscled chest and arms with a smattering of hair that tapered down and disappeared into the waistband. Several tattoos decorated his biceps and back, mostly military in design.
Was it wrong to lust after a man he’d just met? Kyle had met lots of men he’d been instantly attracted to, but the impact Delaney Vance had on his senses was unlike anything he’d felt before. It made him hesitate, however, because he wasn’t sure if it was simply the situation that made the allure all that more potent. Still, he seemed to be in a constant state of arousal around Del and if he’d been alone, he would’ve taken his dick in hand and eased the pressure from his lustful thoughts.
So instead of focusing on Del’s magnetism, he tried to steer his thought back to the problem that had landed him here. Once again, he tried to concentrate on the events that happened last weekend, going step by step through the time line. Somewhere along the way the fog had to clear so he could remember every detail and sent a silent curse to his cousin, Brian, for placing him in the situation in the first place. Had he known what Brian was up to that night he never would have tagged along. Of course, had he known what was going to happen, he would never have snapped the picture.
But he had and he did.
Kyle rolled over onto his side. He wished the night would last forever. Simply hide in Del’s rig and forget the outside world. Forget his family. Forget the picture in his camera.
What could he do now? What should he do?
He could never go to the police back home because he couldn’t trust the police in Baltimore. But if he went to the police in Richmond, would they have jurisdiction rights?
Did murder trump state lines?