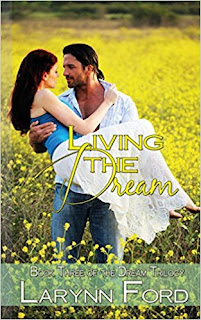 Hello Larynn!  Thank you so much for visiting Written Butterfly with me today!  It’s such a pleasure to chat with you.  So tell me…


Yes, the series is called The Dream Trilogy and highlights three stages in the lives of Lynzi Lancaster and Layne Brady.


The first book, In My Wildest Dreams, deals with the two reconnecting after twenty years apart. Layne was forced to abandon Lynzi without warning, leaving her to wonder what she had done to cause him to go. After twenty years, he comes back for her to protect her from an insane relative out to hurt Layne and his family. He confesses his reason for leaving her and also that he’s not human.


The second book, Dreams Do Come True, continues their adventures in the human world when a renegade were-panther threatens the human parents who helped raise him from an infant. Additional supernatural characters are introduced here along with budding magical abilities.


In the final chapter in their story, Living The Dream, even more threats are hurled toward Layne and his family. Their fight to end the danger leads them to a deadly outcome forcing the family to rely on an ancient sorcerer for help. There’s plenty of action, danger, and magic to go around as well.


I started writing in high school. The “book” I was working on in tenth grade never went far but the idea of writing stayed with me. Many years later, I started reading again with a passion and the writing idea became stronger the more I read.


After the Twilight craze, I fell in love with paranormal romance and decided it was time to try my hand at writing again. I read so many vampire and werewolf books that I felt they were a bit overdone and I needed other ideas so, the main character in the trilogy became a hard to forget Fae being. The characters I create continue to inspire me.


Oh no, I’m not as organized as some authors. Outlines and time lines have never been . . . me. I will write a scene from my head and expand from there in all sorts of directions. The closest I get to outlining is jotting notes at the end of the document I’m working on and adding them when I get to the appropriate spot in the manuscript.


The story Lynzi tells in Dreams Do Come True of her granddaddy seeing black panthers on the edge of the woods as he plowed the fields is actually a story I heard my granddaddy tell when I was a little girl. Now, the part about them being weres? I just may have made that part up. Maybe J


It’s a bit of an unconventional situation. I had no plans for the trilogy to go in any other direction but . . . The good were-panther from the second book in the trilogy, Dreams Do Come True, stole my heart and had to tell his own story so, A Place To Belong with Boone’s story will be published early next year. After this who knows where that path will lead.


A similar situation happened with a character in my second book, Rescued. Roxie, the sassy teen who helped Rose and Marty solve their case had so much to say after Rescued was done that I am currently writing her story. She’s grown into quite a responsible young woman but her past is coming back to hunt her down.


And as long as my characters keep talking to me, I’ll always have something to write about.


Lynzi Lancaster Brady is, at long last, living her happily-ever-after with the man of her dreams. Their honeymoon bliss is interrupted when an innocent family visit drops her in the middle of the deadly situation they’ve been dodging for so long.


The troublemaking relative with a vendetta against the family, forces them into a final showdown with a disastrous ending that threatens to take the elder of their family from them forever. Will an ancient sorcerer to able to bring her back from death’s door?


I forced myself to calm and summoned a halfhearted smile. “Take care of them.” I mouthed the words, careful not to allow a hint of my request to reach Allvis’s eyes or ears. Layne would know I meant my sweet girls and I would die knowing they’d be safe and protected with him watching over them forever. I’d leave this world with the satisfaction I had not revealed their existence or endangered their lives.


My husband pressed both hands against the unseen barrier and acknowledged my request with a nod. I read the words, “I love you, Lynzi Brady” on his lips. 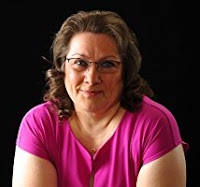 
Larynn Ford is intrigued by the paranormal. She's a day dreamer and a romantic. She loves to let her mind wander always searching for a happy ending to her dreams.

At home in East Central Alabama, she worked as a cook and cashier before becoming a wife and mother. Earned a degree in Elementary Education, taught school, and worked in customer service. All the while her day dreams stacked up in the archives of her mind.

She put some of those ideas on paper in 2009 and she's going to keep on dreaming and searching for those happy endings.
Posted by Beth D. Carter at 7:14 PM